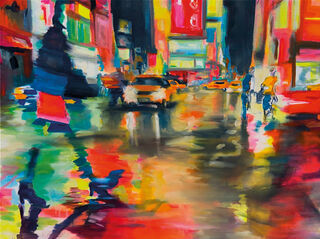 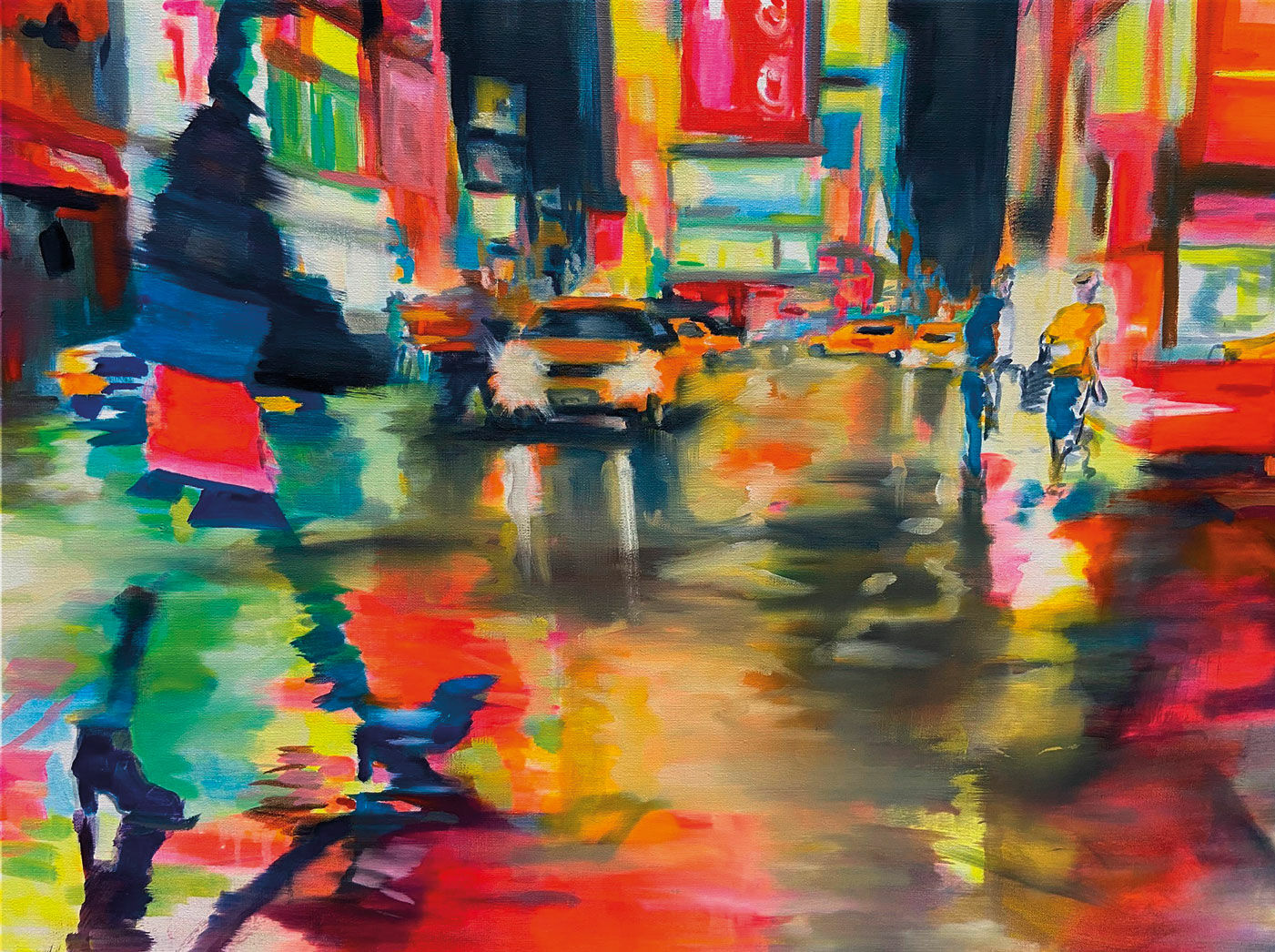 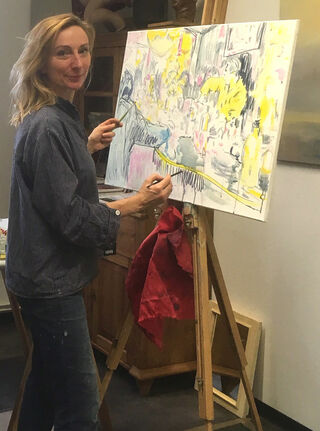 Moments of light and atmosphere

The German painter Anke Gruss focuses on light and its interaction with the environment in her work. In strong colour tones, she atmospherically traces the effect of natural as well as artificial light in everyday scenes.

Gruss always concentrates on depicting the impression of a moment, not on the realistic documentation. Just like a fleeting memory, the objects become reflective surfaces that reflect the light and create a somewhat diffuse atmosphere within the scene. In order to create this pictorial impression, Gruss increasingly dissolves the details and contours of her motifs into spaces of colour and light or simply just blurs the scenery entirely into a colourful aura. "I want to conjure up the light in my paintings, I want poetic, dramatic, enchanting things to emerge in my pictures. I apply the paint layer by layer and thus let the light into my paintings," she says.

Gruss seeks out the moments when she can capture the power and effect of light in the most diverse places: In street scenes, with musicians on stages, at car and motorbike races, on the beach and by the sea, in landscapes, in views of buildings or close-ups of flowers. She often has a personal connection to the situations and places she paints, such as in her cycle of paintings in Iceland and Norway.

Gruss works with oil, acrylic and watercolour on canvas. Depending on the characteristics of the light situation, she decides which of these techniques she will use. From time to time, she also incorporates scriptural elements and collages into her works.

The qualified art therapist and art teacher, born in 1970, has been working as a freelance artist since completing her studies. In addition to numerous exhibitions, she has worked in animated film and theatre character designs for various television and film productions, as a museum educator and as a teacher in painting at various institutions. She also offers painting trips and workshops.

Inroom view
Choose Your Cookie Settings
We use cookies and similar technologies provided by various services to provide you with a better and safer user experience. Some services are necessary for the website to function, whilst others are used to analyse and improve the user experience and are used by us and other approved third-party partners to tailor relevant advertisements for you.
By clicking Accept All Cookies, you give us your consent to use all services that require your consent. You can decline services that are not required by clicking Decline Cookies. You can change your preferences at any time under .
Currency calculator
Price in EUR
€3,600.00
Exchange rate:
Stand:
The service is currently unavailable.