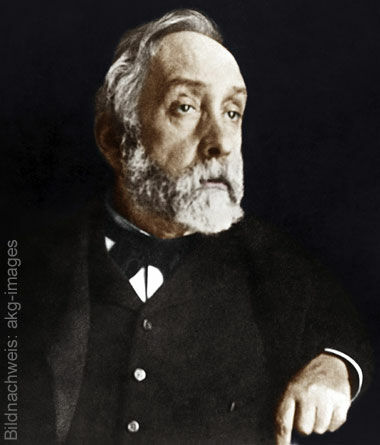 Pictures of graceful dancers and colourful theatre scenes have been at the centre of Degas' work since the mid-1860s. They belong to everyday pictures depicting metropolitan life. In many of his paintings, Degas criticises the new modern world. He selected a rather unusual detail that had caught his attention and emphasised it through the isolation of the individual.

Born in 1834, the French painter, who according to the wishes of his wealthy family should actually have become a lawyer, had studied the art of old masters in the Louvre and the museums of Italy. Classicist history paintings and portraits were part of his repertoire of motifs and forms at that time. Only his encounter and regular exhibitions with the Impressionist Eduard Manet starting in 1874 changed his painting style. However, he never saw himself as a representative of Impressionism and insisted on his independence.

There are no landscapes in his oeuvre, nor did he work with the Impressionist dissection of colour and form. For Degas, the human being was always the dominant theme of his work. The link between his works and those of the Impressionists lay in the endeavour to capture the moment. He proved his skill in depicting movement in his dynamic paintings of horse races and ballet scenes. He also captured his subject through rapid brushwork of pastel colours and delicate contour lines. Degas' artistic basis was drawing, which was inspired by the Japanese woodcut. Equally important, he translated the subject matter into painting as well as graphic art.

As Degas' slowly lost his eyesight towards the end of his life, he switched from painting to sculpture. He modelled statuettes of horsemen and dancers, thus remaining true to his familiar motifs. Degas died in Paris in 1917.

Edgar Degas Sculpture "A Dancer Putting on her Shoe", bronze