Born in Berlin in 1939, Dieter Finke found his artistic expression already at an early age. From 1959 to 1965 he studied sculpture under Paul Dierkes and Renee Sintenis at the Hochschule für Bildende Künste in Berlin. Since then, he has constantly expanded and changed his creative approach to material and colour, form and space. His wood and bronze sculptures are reduced to the essential. This is especially evident in his filigree animal sculptures, where the shape is hinted at rather than filled in, leaving a space for the viewer's imagination.

Finke lived and worked alternately in Berlin and New York. His enormous creative power did not shy away from painting, drawings, picture objects and photo collages, resulting in an extensive oeuvre exhibited in famous galleries in Berlin, Hanover, Hamburg and New York. 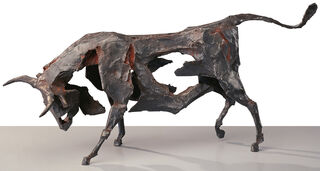 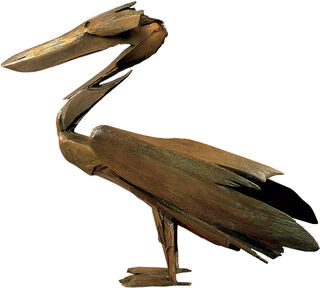