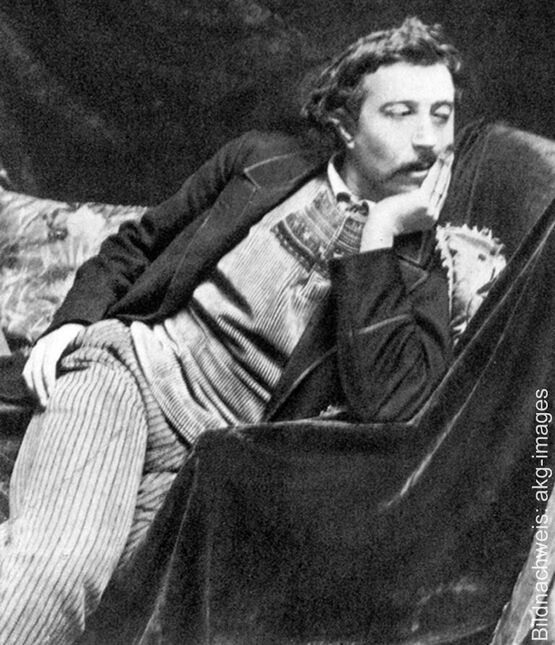 Paul Gauguin was a french painter, sculptor, ceramicist and graphic artist. He made a fundamental contribution to 20th-century art by developing form and colour as expressive values.

It was not until 1872 that the Parisian stockbroker Paul Gauguin, who was born here on 7 June 1848, discovered his interest in painting through his friend Claude-Emile Schuffenecker. Gauguin began to collect the works of the Impressionists and studied painting at the Académie Colarossi in Paris. He met the Impressionists Pissarro and Cézanne, worked and exhibited with them. In the artist's colony of Pont-Aven, he met Bernard and in Paris Degas and the van Gogh brothers.

In 1890 Gauguin decided to emigrate, sold his paintings and set sail for Tahiti on 1 April 1891. However, illness and impoverishment forced him to return to Paris in 1893.

In 1895, he said goodbye to his five children and his danish wife, whom he had already married in 1873, and left Paris for good. The following eight years in the South Pacific were again marked by illness and money worries, which weighed so heavily on him that he wanted to return to Paris. But his patrons in France advised him to not return, for not wanting to destroy the myth of the South Pacific painter.

The pictures he regularly sent to his art dealer Vollard show an exotic world of foreign culture and seemingly happy, unselfconscious people: the thought-to-be-lost paradise. His late work, painted in Tahiti, is full of colour intensity, harmony and beauty, and gives no hint of Gauguin's painful years until his death on 8 May 1903 in Atuona Hiva-Oa on the Marquesas island of Dominique. 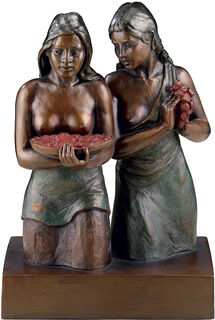