Born in 1964, porcelain modeller and "Sculpteur".

The sculptor Jürgen Götze, born in Coburg, Germany, in 1964, prefers to refer to himself with the French word "sculpteur" rather than a sculptor. For 15 years he was a modeller at one of Germany's leading porcelain manufactories. In addition, he created numerous works based on his designs, inspired by his studies of Expressionism and Art Nouveau.

Since 1999 Götze has been working as a freelance artist in his workshop in Moggenbrunn. In April 2006, Bavarian Television reported from the artist's studio as part of the series "Faszination Kunst" (eng.: "Fascination Art"). Jürgen Götze exhibits his works at national and international exhibitions, including at ART Innsbruck in 2013.

The artist's special devotion is to figurative sculpture. His works, inspired by the examination of natural forms, are characterised by an emphasis on expansive forms in a clear language of lines.

The female nude, which the artist portrays in the tension area between abstraction and eroticism, is a "supreme discipline" for sculptors. There are numerous precursors from antiquity to the present. To work on the theme using your style is a great challenge. Jürgen Götze accepts the challenge: on the one hand, he faces up to the long tradition, but on the other hand, he orients himself to forms of expression of modernity that have shaped him as an artist. The result is an expressive depiction of the modern, self-confident woman. 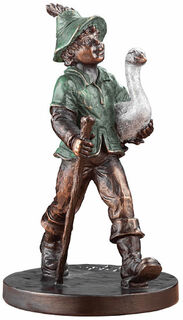 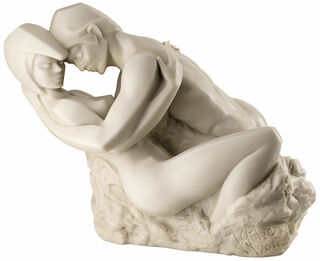 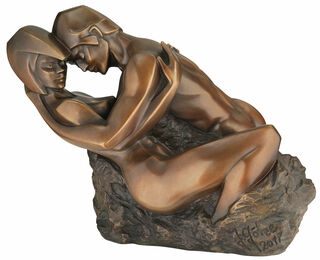 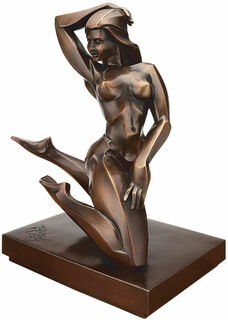 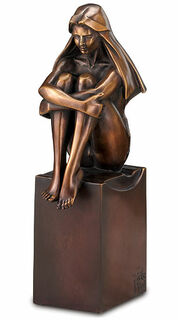 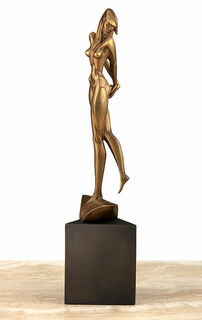