Ernst Günzkofer (born in 1938) is a trained stonemason. But he discovered art early on in his career and became very successful at it. When he was almost thirty years old, he won gold and bronze medals for his sculptural works at the Federal Garden Show in Karlsruhe, Germany, in 1967, and further prizes were to follow (such as the Bavarian State Prize in 1988).

Many of his figurative-realistic small sculptures, regardless of whether they depict humans or animals, impress with their inherent tension, which gives the solid bronze unmistakable dynamism.

In addition to his numerous small sculptures, Günzkofer also created large fountain installations. In his hometown of Prien you can find several of them, for example, a "Lesende" (eng.: reading woman) at the local school Ludwig-Thoma-Gymnasium and a "Rübezahl" (eng.: woodwose) near the local bank. 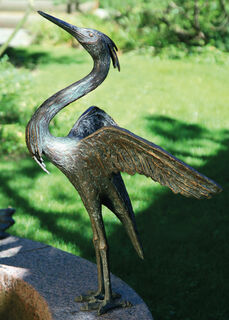 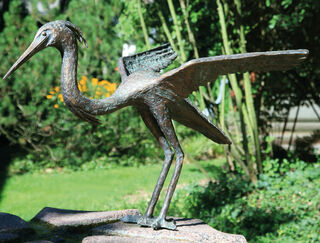