Together with Praxiteles, Leochares is the most important Greek sculptor of the Late Classical period. He lived in the 4th century BC and probably came from Athens. Pliny puts his creative period between 370 and 320. Since only little is known about his life and work, his oeuvre can only be reconstructed based on copies.

However, it is certain that the artist was involved in the sculptural decoration of the Mausoleum of Mausolos at Halicarnassus around the year 350. According to Pliny, he is said to have made the panels with the Amazon battle frieze. However, the attribution of the models for the "Apollo Belvedere" and its counterpart, the "Artemis of Versailles" remains controversial.

The Greek sculptor's great fame among his contemporaries was based primarily on his portraits and images of the gods. Before 338 BC, for example, he was commissioned to depict the royal family of Philip II of Macedon as a family portrait in the Philippeion in Olympia. He also portrayed his son Alexander in other portrait busts. A work by Leochares that was still famous in Roman times was the statue depicting an eagle abducting Ganymede.

The free sculptural works have their peculiarity in their slender proportions and space-grasping movements. If the attributions are correct, he has shown unusual group dynamics for his time in the multi-figure scenes and decorative surface filling. Thus, his work stands at the threshold of the classical art of the 5th century BC towards Hellenism. 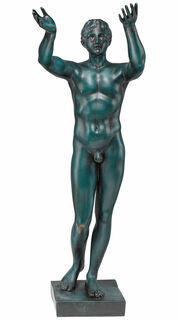 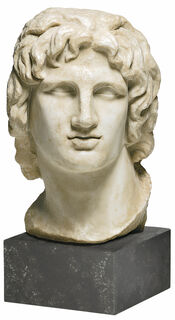