The structures of the steel sculptures by the artist Herbert Mehler leave room for many associations but refuse to be completely classified. According to Mehler, every human being carries a canon of archetypes within him, and he traces these with a welding machine and an angle grinder.

Using COR-TEN steel with its typical reddish hue, he forms amorphous objects with ribs and lamellae that seem light and dynamic despite their sometimes huge dimensions.

Mehler was born in Steinau/Fulda, Germany, in 1949. He trained to become a sculptor under his father and later studied at the Academy of Fine Arts in Nuremberg. His sculptures can be found in public spaces all over Germany, including in Berlin, Nuremberg and Würzburg. He also presents his works worldwide in solo and group exhibitions. 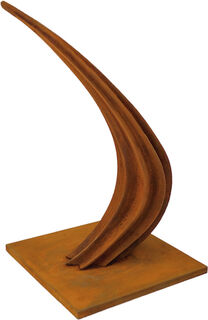 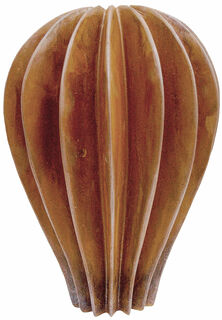 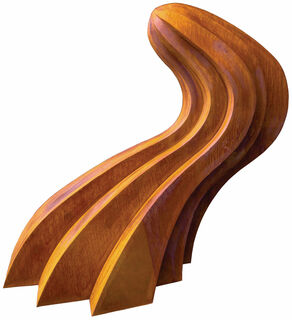 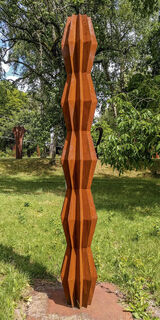 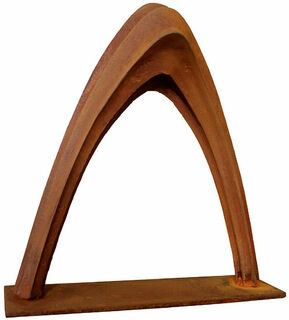