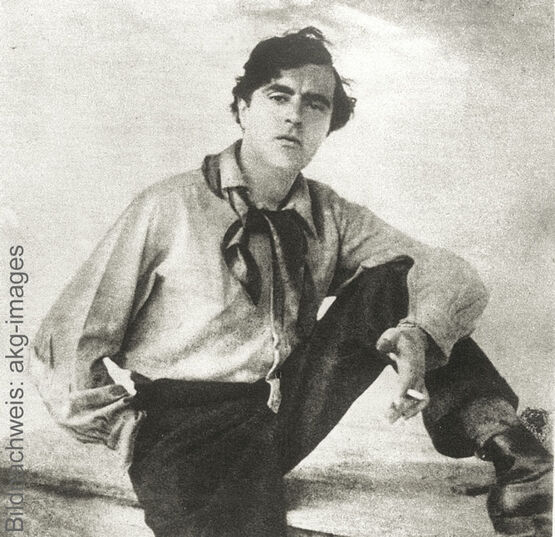 The Italian painter, graphic artist and sculptor, who died at an early age, placed two motifs at the centre of his work: the portrait and the nude. With his unmistakably elongated and stylised visual language, he created a melancholic-lyrical mood. The soft, flowing, seemingly never-ending body shapes of the female nudes are given their volume by a delicate powdery colouring.

From 1909, Modigliani began to study African sculptures, whose visual language had an influence on his style and sculptures. Nevertheless, his works can never quite be assigned to the avant-garde art movements at the beginning of the 20th century. Fauvism and Cubism were nothing more than just formal and technical stimuli for Modigliani. Together with Marc Chagall and Chaim Soutine, Modigliani formed part of the triad of Jewish artists in Paris who clearly separated themselves from these new styles. In their works, they articulated the world of sensation, turning the sitters into bearers of feeling and thus understanding the psychological moment as the most important pictorial statement.

In his portraits, Modigliani wanted to make the character of the sitter vivid. Therefore, he painted numerous portraits of his friends, poets and artists from the circle of Parisian intellectuals. Through the warm ochre and yellow tones and the fresco-like application of the colours, the heritage of Florentine-Sienese painting lives on in his works. In the depicted faces as well as in the figures, the painter combines grace with melancholy.

The portraits and nudes, to which landscapes were added only in the last two years of his life, bear witness to the artist's great sensitivity. The tragedy of his life was his ailing health aggravated by alcohol and drug addiction, to which he succumbed at the age of 35.