From his earliest youth, the sculptor and painter Costanzo Mongini, born in Milan in 1918, confidently steered his artistic steps away from the art academies. For him, they seemed to be merely places of exaggerated self-expression. Mongini wanted to preserve his own approach to art and went his way as an autodidact.

Without fumbling experimentation, Mongini grasped what corresponded to his nature: the creation of a volcano-like explosive moment charged with symbolic content, based on the study of the great art of the past and the precise observation of nature. "What calls itself avant-garde today does not interest me," the sculptor freely admitted. Success proved him right: his triumphant bronze church portal in Portofino has become a Mecca for art lovers from all over the world.

Mongini does not see his sculptures as static, but as exalted and intensely provocative. The statue of Cardinal Ottaviani is in the Vatican's private collection.

Exhibitions held in cities like Beirut and Munich brought Mongini worldwide fame. He is especially known and loved by collectors in Italy, Germany, England, Australia, the USA and Japan. The artist died in 1981. 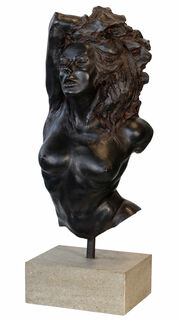 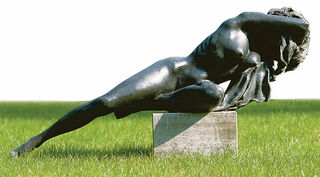 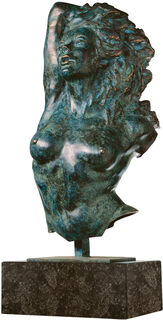 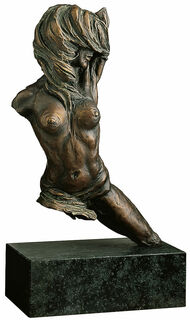