"Artists like Maillol, Rodin, Barlach and Giacometti created bronzes in politically uncertain times as a symbol for eternity. Cyrus Overbeck, the founder of Narrative Realism, allows his bronzes to tell of emergence and passing, of love and enchantment, of death, power and fate. He varies Nietzsche: 'Because all desire (art) wants eternity'. Overbeck underlines this will to eternity through the timeless gold in his sculptures. The rose petals he collected as a child for his grandfather's perfume factory in Tehran, Iran, are palpable in the arc of tension between body, lust, death and eternity as a sensual glamour and narrative perfume that one can hardly escape." (Prof. Dr Christian Vahl)

Rose, gold, ornament – these are the central motifs and elements of the artist, who was born in 1970 to a German mother and a Persian father. Overbeck first grew up in Tehran and then in Duisburg. At the age of 16, he set up his first studio in his grandfather's disused factory, where he soon produced his first etchings and woodcuts on his own press. Since then, he has considerably expanded his artistic spectrum. Overbeck already made a name for himself as a painter and sculptor a long time ago. His works are represented in numerous renowned museums and collections (including the Kunsthalle Emden, the Staatliche Graphische Sammlung Munich and the Wilhelm Lehmbruck Museum, Duisburg). In 2015, the artist received special recognition: he was appointed a member of the European Academy of Sciences and Arts in Salzburg, alongside Markus Lüpertz and Tony Cragg. 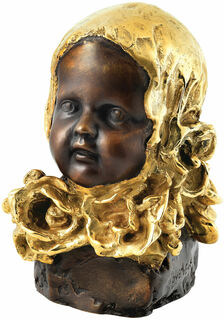 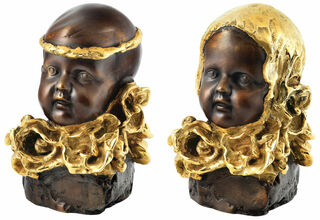 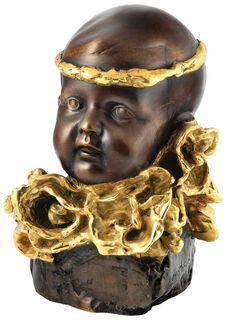 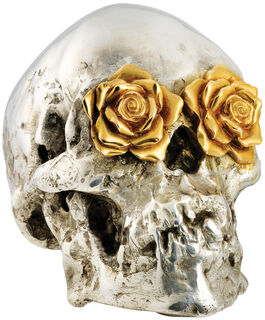 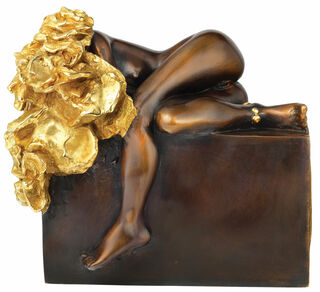