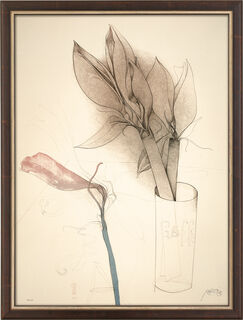 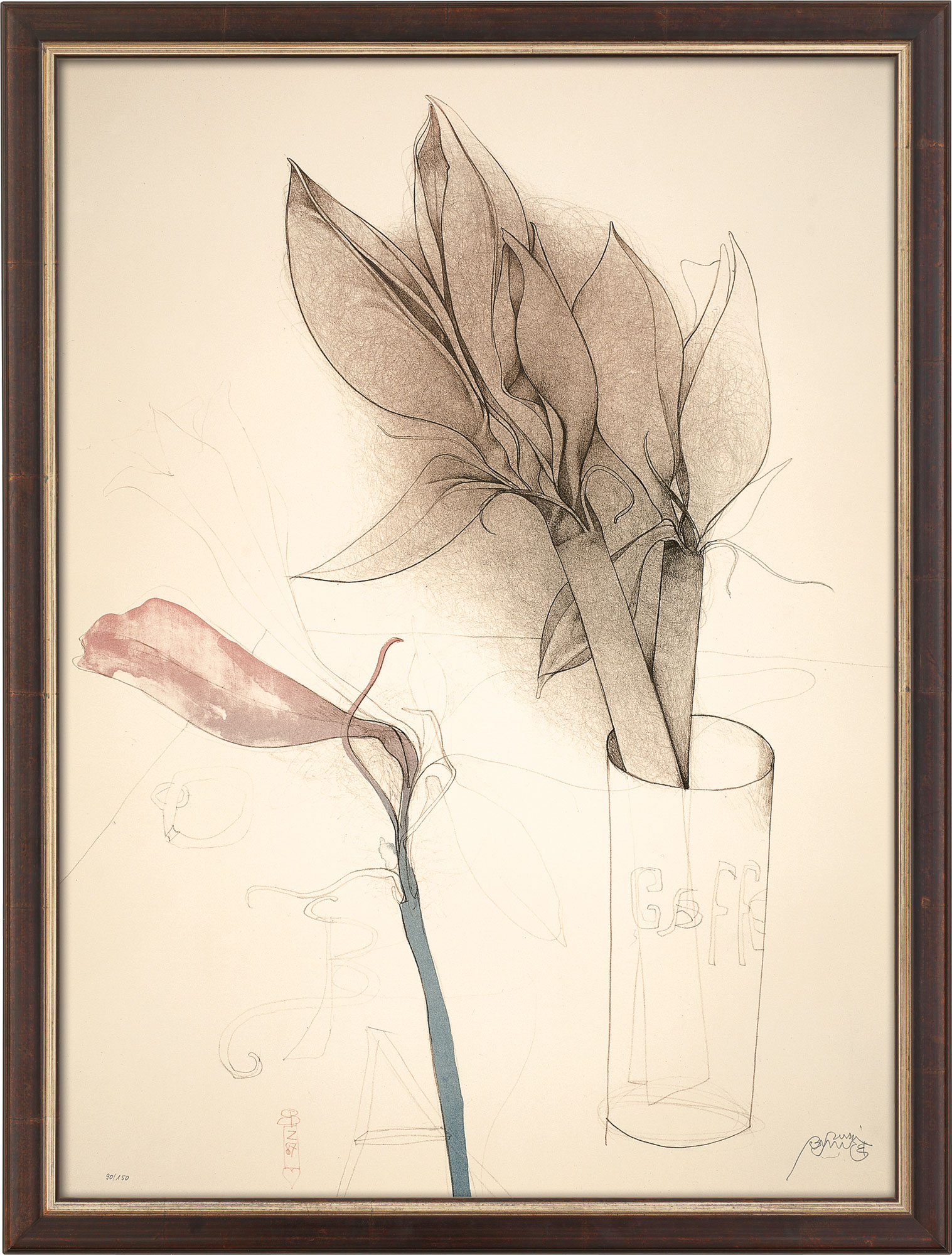 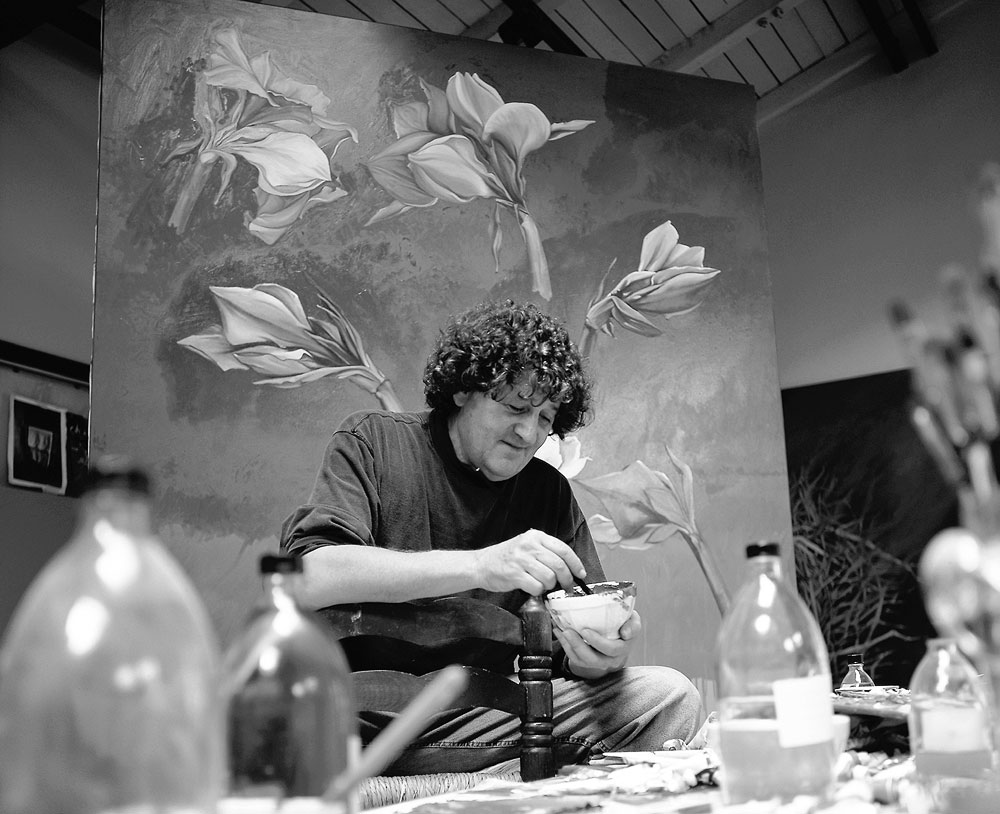 "Art must be for everyone."

Truly an art life: Bruno Bruni, internationally celebrated and successful painter, graphic artist and sculptor, has worked as a freelance artist for more than six decades and created a broad and extensive oeuvre that inspires collectors and art lovers worldwide. Without being committed to any particular school, he developed an individual style early on, based on figurative elements, such as those familiar from Renaissance and Mannerism but also revealing other influences such as those of Surrealism. Bruni's depictions often radiate a beguiling beauty and grace, which he skilfully contrasts with missing faces. His choice of motifs is also impressive, with its very diverse subjects. On one hand, there are his classics, which he varies and combines again and again, such as sensual female nudes, the trench coat or the amaryllis. On the other hand, he also creates thoughtful moments with motifs such as the Warsaw Ghetto, Sophie Scholl, Anne Frank, Rosa Luxemburg or Che Guevara.

Colour lithography in particular allows Bruni a high degree of spontaneity and freedom during the process of creation. His female nudes, still lifes and delicate floral motifs take on an erotic charm through their graphic expression. His flower still lifes are reminiscent of Albrecht Dürer's graphic studies of nature. However, Bruni is not just concerned with the detailed reproduction of the motif, but with the sensual radiance of the floral objects. Hence, the line, which seems to be in a constant state of glide and evenness, typically dominates the drawing. The motif is defined by the beautifully curved serpentine line. The little-structured internal form invites the viewer to intensively follow the contour.

Bruno Bruni was born in Gradara, Italy, in 1935 and grew up in poor living conditions. Already as a child, Bruni started painting and so in 1953, he began studying at the Istituto d'Arte di Pesaro. In 1960 he transferred to the Hochschule für Bildende Künste in Hamburg, where he was accepted without any entrance examination and studied under the painter and graphic artist Georg Gresko, later under Paul Wunderlich. In 1965, Bruni left the college – without graduating. But he was already able to sell his first paintings and received a scholarship from the Lichtwark Prize of the City of Hamburg in 1967. In 1968, in protest against the mechanisms of the art market, he founded the cooperative "CO-OP" with other artists, and a little later he achieved the breakthrough he deserved. Yet despite all his success, Bruni was then as he is now, an authentic artist who neither allows himself to be taken over by the art business nor follows trends. He has also never been able to identify with the elitist pretensions of the art scene. "Art has to be for everyone," he says, and not just for rich people.

Since he began exhibiting, Bruni has been able to show his works in numerous art houses, including London, Rome, Munich, Milan, Amsterdam, Tokyo, New York, Zurich and St. Petersburg. In 1977, he was awarded the renowned "International Senefeld Award" for Lithography, and in 2003 he received a very special honour for his services to contemporary art – the title "Official Knight of the Republic of Italy". In 2014, Bruni received an honorary doctorate from the Russian-Armenian University in Yerevan.

Select your cookie settings
We use cookies and similar tools to enhance your shopping experience, provide our services, understand how customers use our services so we can make improvements, and display ads. Approved third parties also use these tools in connection with our display of ads. For more information about cookies and how we use them, please click "Configure settings". There you can also manage your cookie preferences.
Currency calculator
Price in EUR
€590.00
Exchange rate:
Stand:
The service is currently unavailable.