Show all categories Other Motifs Back
back to overview
Christo:
Picture "Texas Mastaba" (1977) 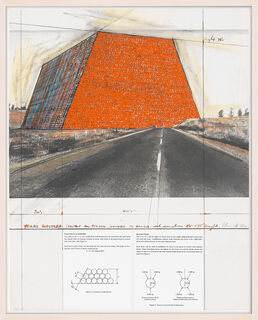 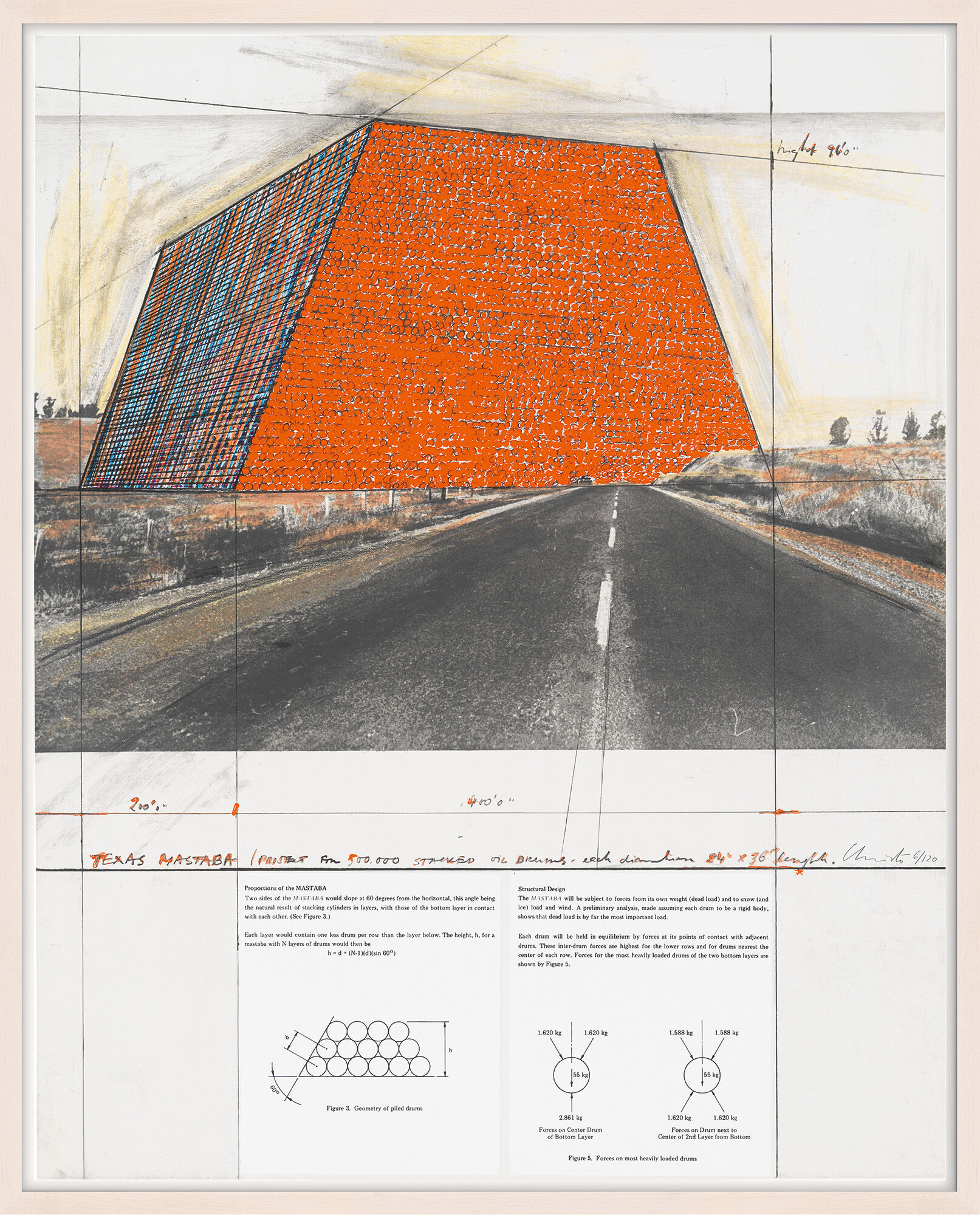 Christo Vladimirov Javacheff was born 13 June 1935 in Gabrovo, Bulgaria, to as a son of an industrialist family. He studied at the Sofia Academy of Fine Arts from 1953 until 1956 and visited Prague in 1956. The following year Christo attended the Vienna Fine Arts Academy. In 1958, he went to Paris where he first began to wrap things – this was the beginning of the "wrapped objects".

Starting in 1961, Christo and his wife Jeanne-Claude (1935-2009) have caused a sensation all over the world with their spectacular wrapping projects. Especially the project "Wrapped Reichstag", which was planned from 1971, became an art event in 1995.

A total of 7532 gates, each 4.87 m high and up to 5.48 m wide, were placed over a length of 37km all over the parkways in Central Park. The gates, made of saffron-coloured fabric floated down from the horizontal end of the steel gates to 2.13 m above the ground. A flowing, billowing incomparable spectacle. Only 16 days later the installation was set to close. But what remains is the memory of a lost landscape.

Christo strictly refused sponsorship from the public or private sector and insisted that the projects be realised only for a limited period. This leads to an extraordinary concept: only the sale of the sketches, models and drawings made the realisation of the installations possible and only those documents ultimately bear witness to it. Christo is therefore a work of art in its own right, but also a building block – and not least a testimony to the creative process. Christo passed away in 2020.

Inroom view
Choose Your Cookie Settings
We use cookies and similar technologies provided by various services to provide you with a better and safer user experience. Some services are necessary for the website to function, whilst others are used to analyse and improve the user experience and are used by us and other approved third-party partners to tailor relevant advertisements for you.
By clicking Accept All Cookies, you give us your consent to use all services that require your consent. You can decline services that are not required by clicking Decline Cookies. You can change your preferences at any time under .
Currency calculator
Price in EUR
€3,200.00
Exchange rate:
Stand:
The service is currently unavailable.