Show all categories Flowers Back
back to overview
Claude Monet:
Set of Two Glass Pictures

When an Impressionist turns into a gardener, his choice of plants corresponds to his brush and palette: Monet chose those for his ornamental garden in Giverny. The blossoms and shapes of these plants delighted him throughout all seasons of the year. There, the French Impressionist also discovered the motifs for his famous "Nympheas", his water lily paintings - small islands of blossoms and leaves amid shimmering water and landscape.

Two particularly high-quality and light-fast reproductions on glass. The glass plates are attached with special spacers (12 mm) and appear to float freely in front of the wall. Size 30 x 30 x 1.2 cm (h/w/d). 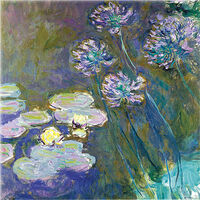 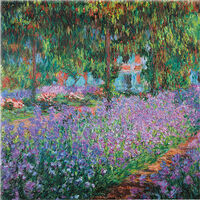 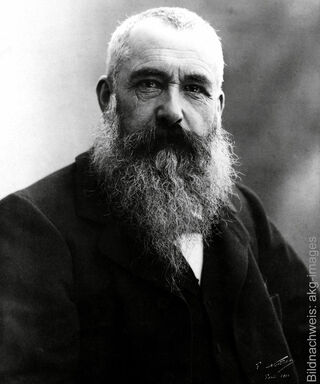 The art of Claude Monet is the epitome of Impressionism. During his long life as a painter, he was tirelessly searching for new ways to depict the variability of light and colour in many various atmospheric variations and at different times of the day.

Monet was born in Paris, but grew up in Le Havre, on the Normandy coast, where his father ran a small grocery shop. He made his early artistic attempts with caricatures but then switched to open-air painting. Light pastel tones found their way onto his canvases. His paintings were repeatedly rejected by the official Paris Salon, but Monet and his friends Auguste Renoir and Alfred Sisley were not discouraged. On their joint excursions to Fontainebleau, they created magnificent fresh paintings in the open air that left the strict academic rules further and further behind.

However, severe financial crises hit Monet and his pregnant beloved Camille. During the Franco-Prussian War, Monet fled to London with his young family. After the war, they settled in Argenteuil. This small town outside Paris, picturesquely situated along the Seine, became the centre of attraction for a whole series of Impressionist painters: Edouard Manet, Gustave Caillebotte, Camille Pissarro, Auguste Renoir and Alfred Sisley met there to capture their impressions on canvas. In the group's first independent exhibition, a painting by Monet entitled "Impression. Sunrise" gave the art movement its name.

After Camille's death, Monet moved to Giverny with his second wife Alice. Here he was able to realise his lifelong dream of having his own garden, designed by himself: The flowering garden with its Japanese bridges and ponds full of water lilies inspired Monet constantly to create new, ever larger paintings showing the changing plant life as an overwhelming decorative harmony of nature.

This estate, which was bequeathed by Monet's son to the Academié des Beaux-Art in 1966 and is open to the public through the "Claude Monet Foundation" since 1980, was an inexhaustible source of inspiration for him. Today, the garden in Giverny is a destination valued many art lovers. Anyone who visits it feels immediately transported into the artist's pictorial world. In spring, colourful blossoms are all over the place, and while looking at the real water lily ponds that Monet painted over and over again, visitors are amazed at how precisely he captured the scenery, despite all his artistic idiosyncrasies. "On my garden I work continuously and with love, most of all I need flowers, always, always. My heart is always in Giverny. A separation from Giverny would hit me hard ... never again would I find such a beautiful place." And he never had to separate with his garden; Monet died in his beloved Giverny on 5 December 1926.

Monet has been called the inventor of colourful dreams beyond the visible. But he was much more, always seeking to realise his idea of painting in the open air - en plein air. For his painting, the decisive factor was always how he sees, not what he sees.

Select your cookie settings
We use cookies and similar tools to enhance your shopping experience, provide our services, understand how customers use our services so we can make improvements, and display ads. Approved third parties also use these tools in connection with our display of ads. For more information about cookies and how we use them, please click "Configure settings". There you can also manage your cookie preferences.
Currency calculator
Price in EUR
€140.00
Exchange rate:
Stand:
The service is currently unavailable.