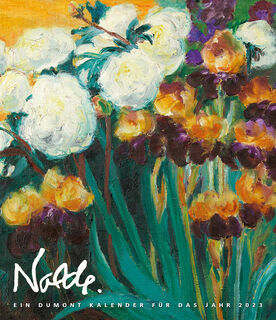 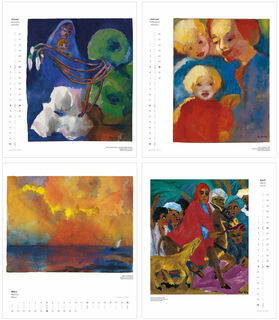 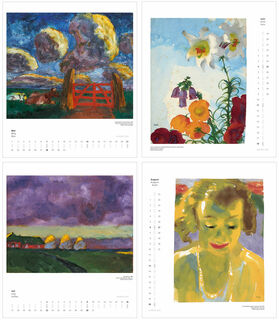 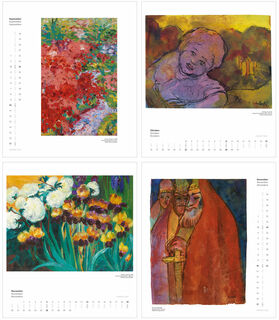 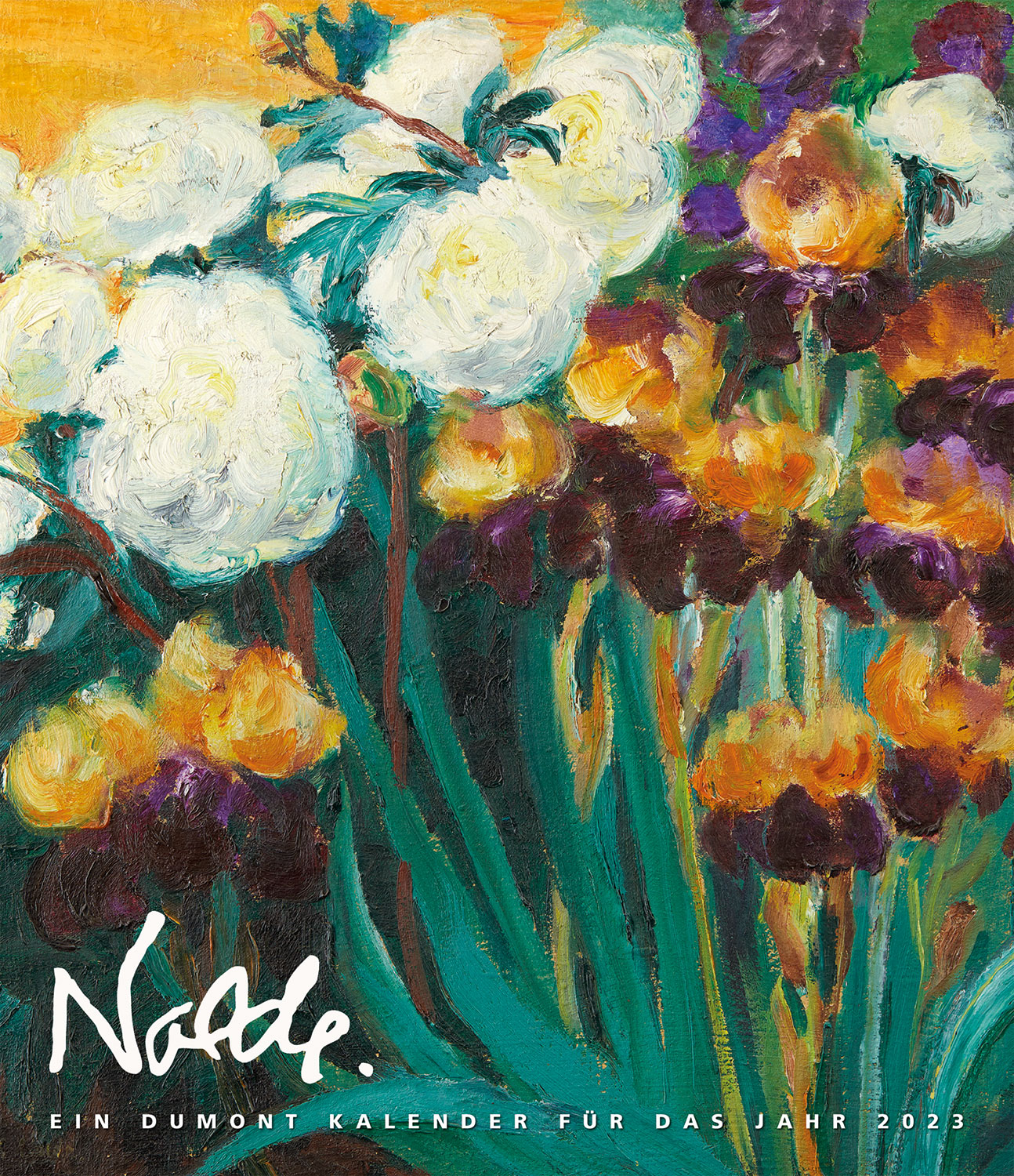 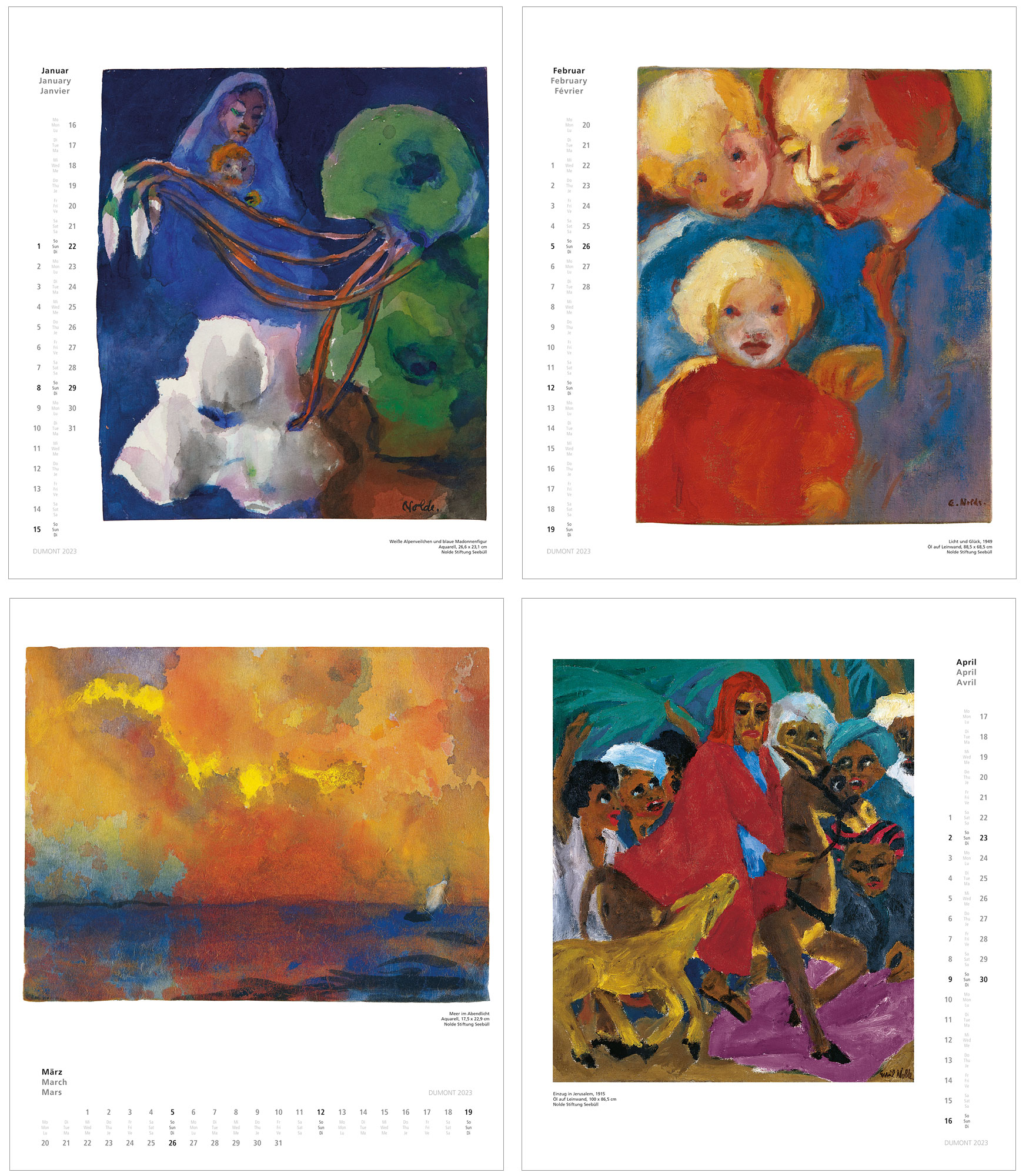 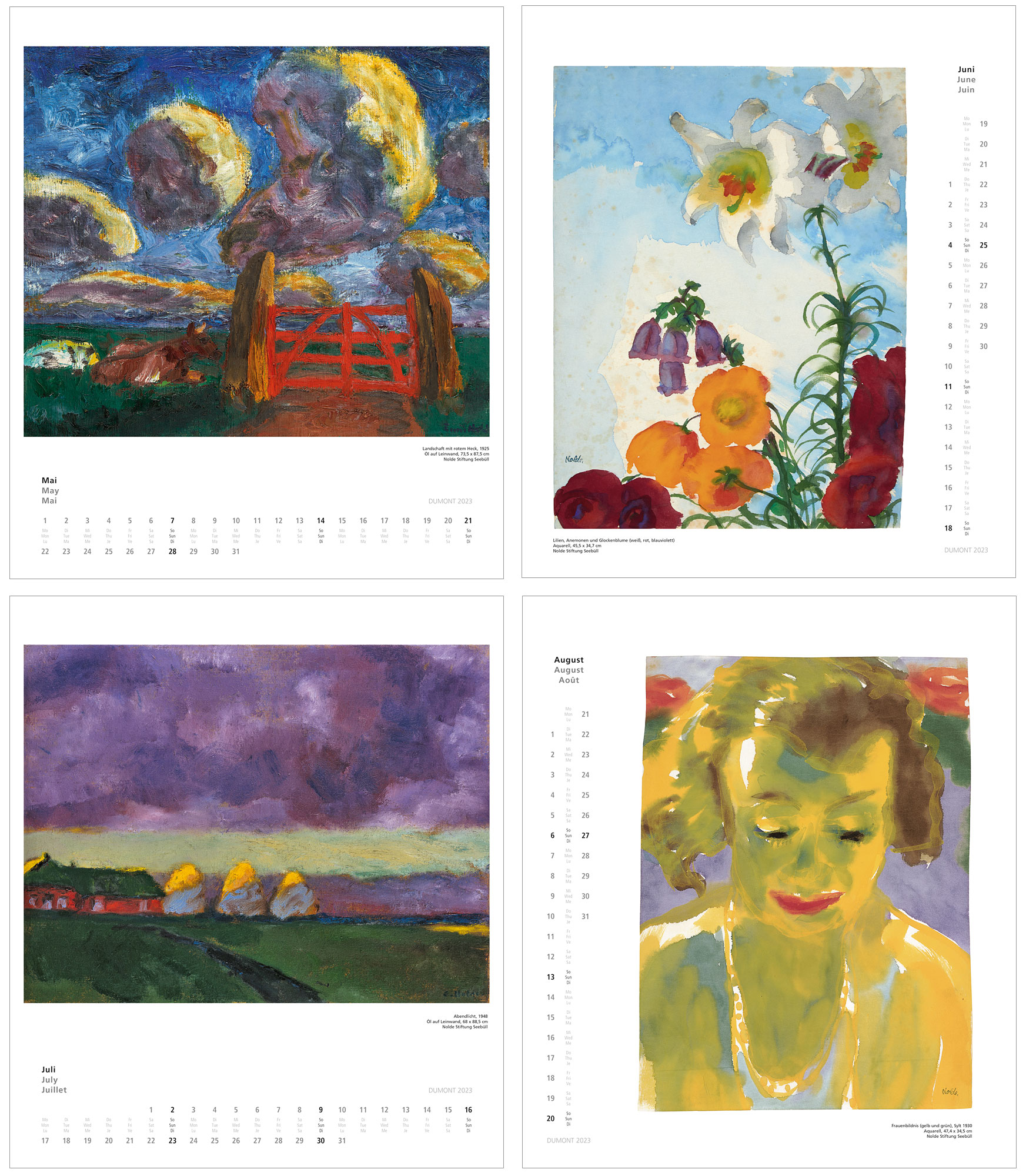 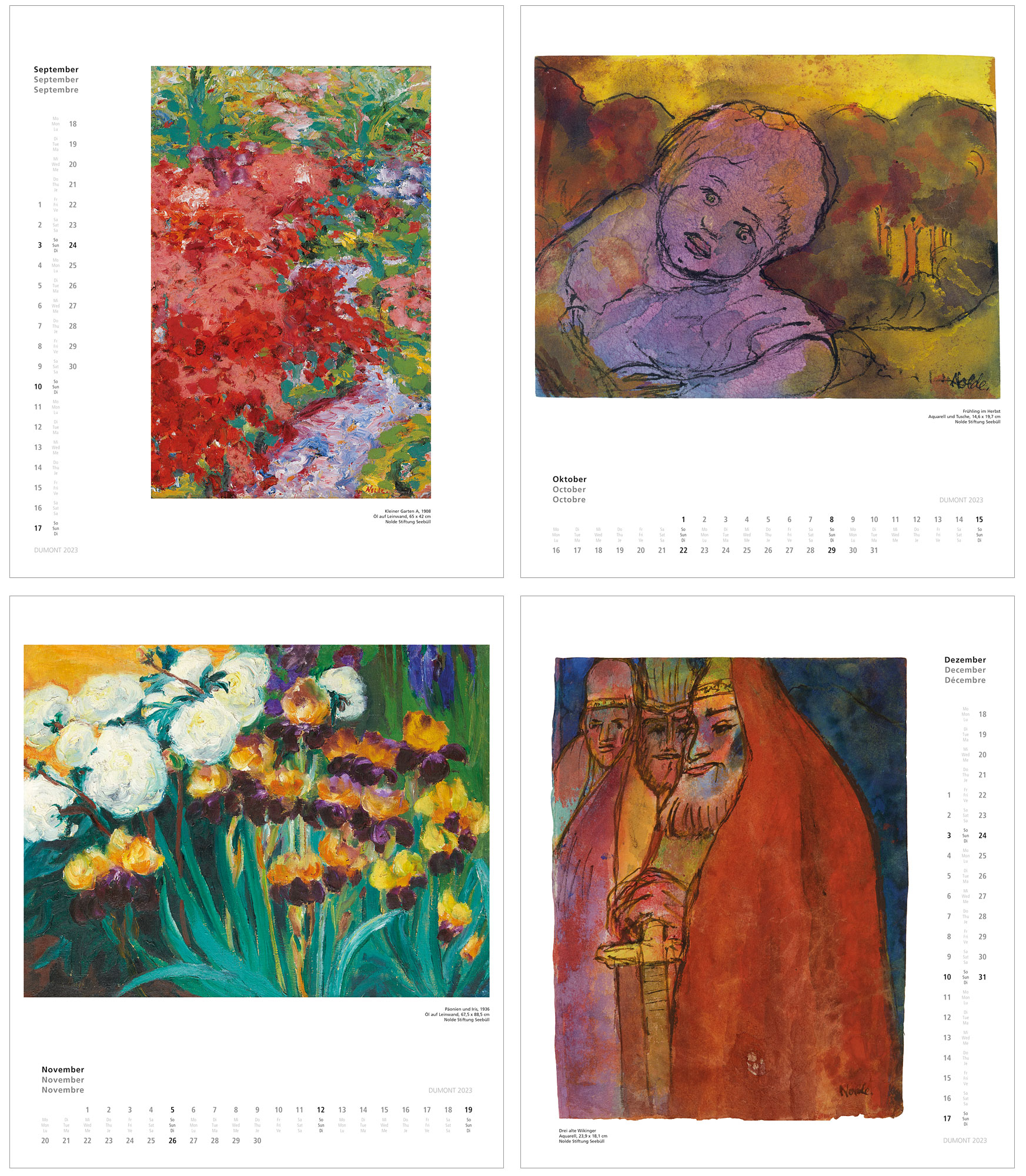 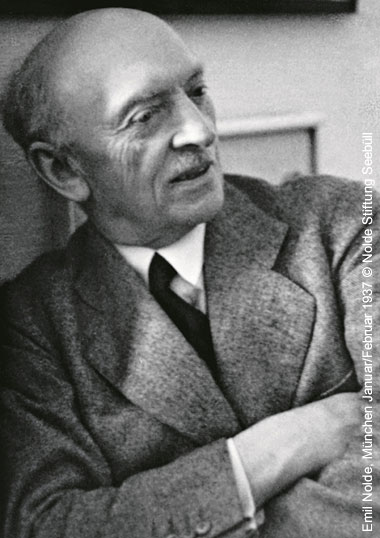 Emil Nolde was born as Hans Emil Hansen and named himself after his birthplace in 1902. Nolde is considered one of the most important German Expressionists. When he was rejected by the Munich Academy of Fine Arts, he moved to Paris to study at the Académie Julien. Starting in 1905 he lived and worked on the Danish island of Alsen and in Berlin and was a member of the revolutionary expressionist group "Die Brücke" (The Bridge) for a short time and of the Berlin Secession.

Shortly after Nolde left the artists' association "Die Brücke" at the end of 1907, he met the Norwegian painter Edvard Munch in Berlin, whose work impressed him greatly. During the visit of his friend Hans Fehr in 1908, he began to discover the technique of watercolour painting and finally how to realise it with virtuosity.

Today, Nolde's oeuvre includes numerous watercolour works, oil paintings, graphic works and several sculptures. His intensive use of colour is characteristic. Although the artist always remained figurative in his motifs (e.g. landscapes, flowers, city scenes, religious motifs), he "composed" his pictures entirely from colour. When Nolde moved into his brick house "Seebüll" in Neukirchen in northern Germany in 1927, he surrounded it with a large garden that offered him motifs in abundance.

Research had long noted that Nolde's position on National Socialism was problematic. His exclusion from the Reich Chamber of Fine Arts was associated with a ban on exhibitions, sales and publications. Nolde repeatedly sought rehabilitation and recognition as a state artist. However, he was denied this right up until the end. His painting was simply not formally compatible with the ideas of the Nazis.

At the opening of the infamous exhibition "Degenerate Art", 48 of his works were shown, and more than 1000 works were confiscated. However, due to his contacts, Nolde was able to retrieve a large part of these works.

Despite his active adherence to the system, he was banned from working from 1941 on. However, his ban didn't include a general ban on painting, as was often reported later. During the war, he produced more than 1000 of the so-called "unpainted pictures" in the privacy of his home. The term originally referred to the function of these small-format watercolours as studies and preliminary sketches that were not turned into large paintings. After 1945, these undoubtedly artistically charming pieces and their naming contributed to the mystification of Nolde as a persecuted artist.

Despite the contradictory ideological positions of Nolde as a person, the artistic value of his work remains undisputed to this day. The way Nolde manages to let the colour of an oil painting or aquarelle glow from within is unrivalled.

Works by Emil Nolde can be found in the collections of high-ranking museums worldwide, including the Art Institute in Chicago, the Hermitage Museum in St. Petersburg, the Museum of Modern Art in New York City, the Brücke Museum in Berlin, the Albertina in Vienna and the Kunstmuseum in Basel, etc. Moreover, foundations have been established in his honour in Seebüll and Berlin.

Select your cookie settings
We use cookies and similar tools to enhance your shopping experience, provide our services, understand how customers use our services so we can make improvements, and display ads. Approved third parties also use these tools in connection with our display of ads. For more information about cookies and how we use them, please click "Configure settings". There you can also manage your cookie preferences.
Currency calculator
Price in EUR
€20.00
Exchange rate:
Stand:
The service is currently unavailable.