Show all categories Genre Scene Back
back to overview
Eric Fischl:
Picture "Woman with Dog" from the portfolio "Beach Scenes I-IV" (1989) 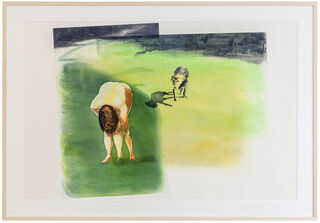 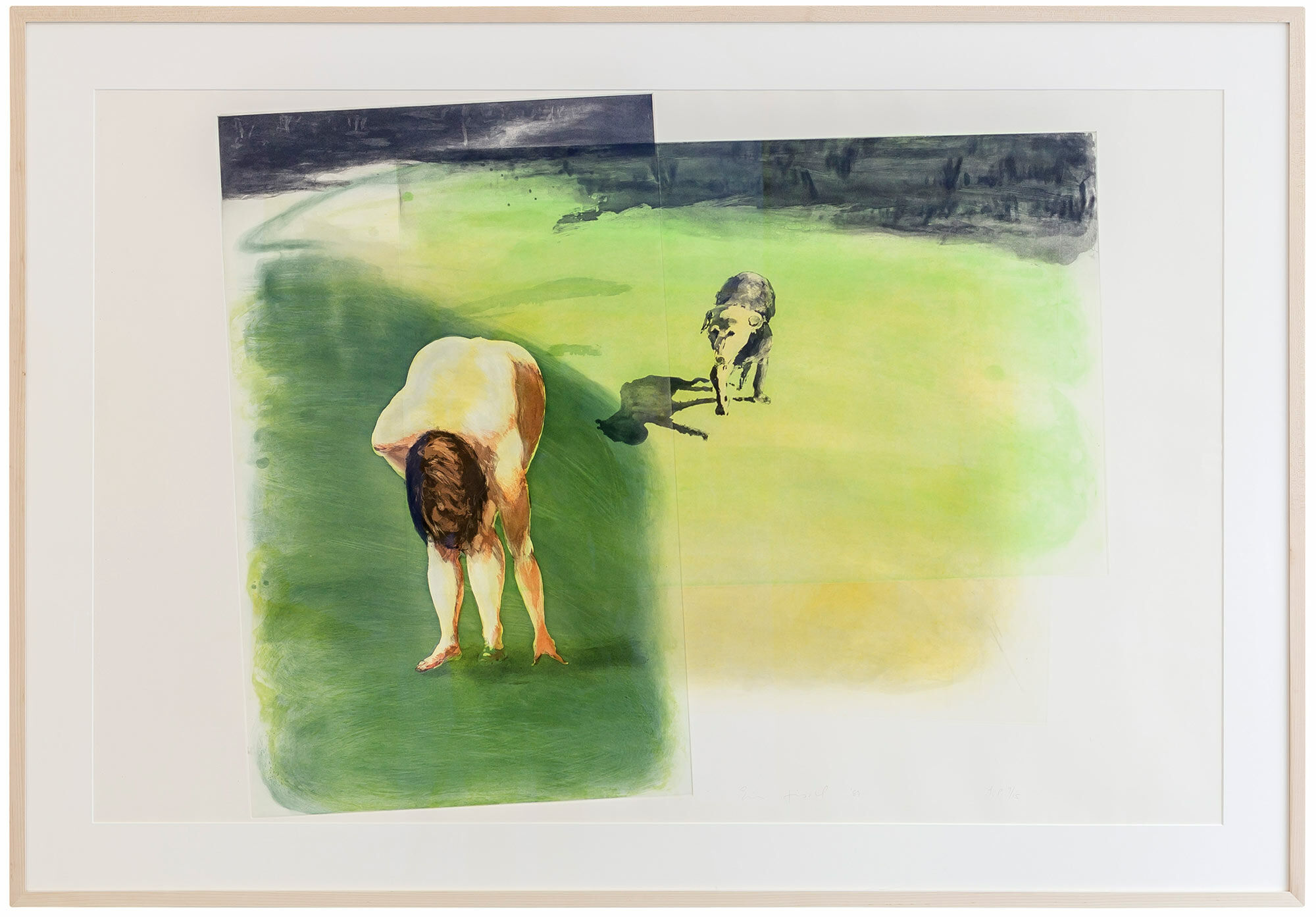 Eric Fischl celebrated his first great successes in the 1980s in the USA. He consistently stuck to figurative painting, even in times when abstract styles dominated the art scene. He obviously succeeded in hitting the spot with his very narrative paintings - even though his works are anything but light fare. Because Fischl places the focus in his works precisely where the eye usually would not be drawn to.

He looks behind the façade of the US middle class and exposes its human abyss in scenes that could all tell a short story. Fischl usually sets his revealing analyses in innocuous places such as beaches or living rooms. The imagery is sometimes offensive and obscene, but at other times discreet and very aesthetic.

Eric Fischl, born in New York in 1948, initially attracted attention with his paintings and sculptures mainly in America, but meanwhile, in Europe, too, his work is appreciated. Worldwide Collections feature his works, including those of the Metropolitan Museum of Art in New York, the Saatchi Gallery in London, and the Centre Pompidou in Paris. Fischl has also been extraordinarily successful with his own exhibitions, which have taken him around the world since 1975.

Inroom view
Choose Your Cookie Settings
We use cookies and similar technologies provided by various services to provide you with a better and safer user experience. Some services are necessary for the website to function, whilst others are used to analyse and improve the user experience and are used by us and other approved third-party partners to tailor relevant advertisements for you.
By clicking Accept All Cookies, you give us your consent to use all services that require your consent. You can decline services that are not required by clicking Decline Cookies. You can change your preferences at any time under .
Currency calculator
Price in EUR
€4,000.00
Exchange rate:
Stand:
The service is currently unavailable.