Show all categories Landscape Back
back to overview
Gustave Caillebotte:
Picture "The Small Arm of the Seine in Autumn" (1890), framed 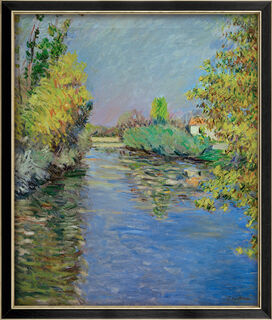 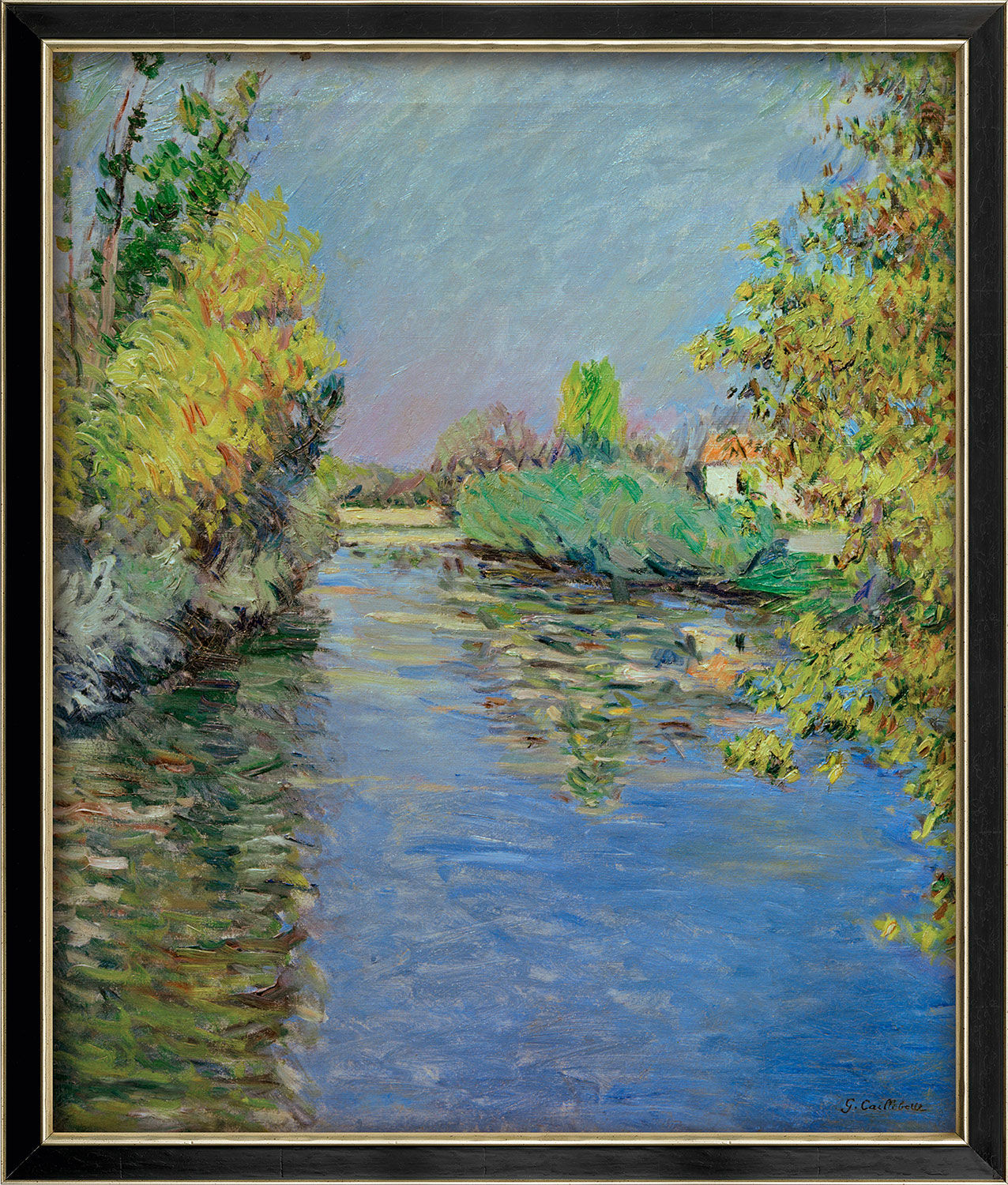 Gustave Caillebotte:
Picture "The Small Arm of the Seine in Autumn" (1890), framed

Unusual perspectives and compositions are surprising in Caillebotte's pictures, who was born in Paris on August 19, 1848. The wealthy engineer had only studied for a brief period at the École des Beaux-Arts and preferred to learn from his artist friends. As a great patron of the Impressionists, he was particularly connected by his friendship with Monet and Renoir. Initially, working people were still the focus of his work. But the engineer was particularly fascinated by modern technology, and so he became a painter of a rapidly changing world.

Strongly influenced by photography, his pictures are often characterised by backlit depictions. The daring details and the often-unbiased approach to a subject draw the viewer directly into the picture.

He helped his artist friends overcome their distress by buying their pictures so that when he died on February 21, 1894, he possessed 67 Impressionist paintings at his country estate in Petit Gennevilliers near Paris. He bequeathed these works to the Louvre.

The style of Impressionism, which emerged in French painting around 1870, owes its name to Claude Monet's landscape 'Impression, Soleil Levant'. After initial rejection, it began a veritable triumphal procession.

Impressionism can be seen as a reaction to academic painting. The emphasis was not on content with its strict rules of painting structure, but on the object as it appears at any given moment, in an often random cut out. The reality was seen in all its variety of colours in natural lighting. The Studio painting was replaced by open-air painting.

Through the brightening of the palette and the dissolution of firm contours, a new approach to colour emerged. In many cases, the colours were no longer mixed on the palette but side by side on the canvas so that the final impression lies in the eye of the viewer with a certain distance. In "Pointillism", (with painters such as Georges Seurat or Paul Signac) this principle was taken to the extreme.

Outside France, Impressionism was taken up by painters such as Max Slevogt, Max Liebermann and Lovis Corinth in Germany, and by James A. M. Whistler in the United States.

However, Impressionism was only expressed to a limited extent in the art of sculpture. In the works of Auguste Rodin, who is considered one of the main representatives, a dissolution of surfaces is evident, in which the play of light and shadow is included in the artistic expression. Degas and Renoir created sculptures as well.

Inroom view
Choose Your Cookie Settings
We use cookies and similar technologies provided by various services to provide you with a better and safer user experience. Some services are necessary for the website to function, whilst others are used to analyse and improve the user experience and are used by us and other approved third-party partners to tailor relevant advertisements for you.
By clicking Accept All Cookies, you give us your consent to use all services that require your consent. You can decline services that are not required by clicking Decline Cookies. You can change your preferences at any time under .
Currency calculator
Price in EUR
€428.00
Exchange rate:
Stand:
The service is currently unavailable.