Categories
back to overview
Ohrstecker "My Destiny" 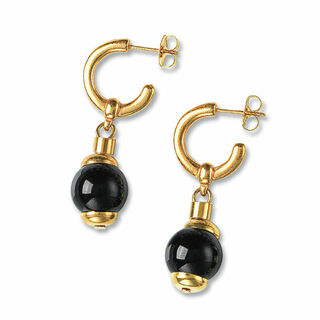 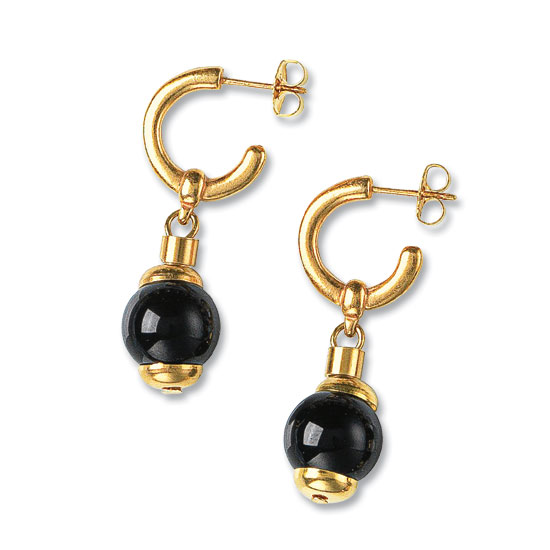 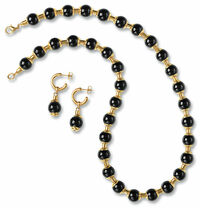 Early Dynastic Period and Old Kingdom (3000 - 2160 B.C.)
Already in the early period, around 3000 B.C., Egyptian art found its own style. Rules for representation were established that lasted for 3000 years. Writing and image representations were one single unit. The beginning of the Old Kingdom, around 2600 B.C., is marked by the emergence of the Step Pyramid of Djoser in Saqqara, the first king's tomb in the shape of a pyramid, a 545 x 280 meter sculpture, built entirely of stone. At that time, relief and painting served almost exclusively to the survival of people in the afterlife.

Intermediate Period and Middle Kingdom (2155 - 1650 B.C.)
New art that resulted from the Old Kingdom art, which was rich in cultural highlights and emerged after the reunification of the country under King Mentuhotep I in around 2040 B.C. The art of this period reached its peak with the royal portraits of the late 12th Dynasty Kings Sesostris II and Amenemhet III. During the 13th Dynasty and the subsequent domination by Asian invaders (Hyksos Period), monumental art declined. Small sculptures such as hippos and glazed animal figures made of fired clay embodied the hope for regeneration in the afterlife. The preferred burial object was the scarab, often decorated with the name of the deceased. The scarab was supposed to ensure life after death.

New Kingdom (1550 - 1070 B.C.)
The expulsion of “Hyksos“ was followed by a renewal of the spiritual life and the visual arts. The Temple of Amun in Karnak and the impressive Avenue of the Sphinxes were built. With the terraced temple of Hatshepsut, the construction of a series of royal funerary temples on the west bank of the Nile near Thebes began. At the beginning of the Amarna Period and the reign of Akhenaten (Amenhotep IV), the colossal statues returned to more „human“ measures. The king was no longer depicted in his exalted divinity, but in the circle of his family with the symbol of sun rays. The discovery of the tomb of Tutankhamun and the treasures it contained, gave us a deep insight into the art, culture and everyday life of an Egyptian pharaoh of the 18th Dynasty.

Under the successor kings Seti I and Ramses II, Egypt experienced building operations with the Great Hypostyle Hall of Karnak, The Abu Simbel rock temple and others, which did not allow any further increase. In the field of sculpture, stones were replaced by metals. The large bronze sculptures of the 22nd Dynasty finally led to the abundance of bronzes of gods and animals of the Late Period.

Late Period (712 - 332 B.C.)
In the Late Period of ancient Egyptian history, the tendency to imitate older works of art increased so that even today it is difficult to distinguish between an original of e.g. of the Middle Kingdom and a later „repetition“ of the work. The way back to the origins was sought in the multispace tombs that emerged during the 26th Dynasty in Thebes. Here, all major religious scriptures of the past have been passed down to posterity.

Graeco-Roman Period (332 B.C. - 395 A.D.)
When in 332 B.C. Alexander the Great succeeded to expel the Persians from Egypt, he was celebrated as a liberator and was crowned as pharaoh in Memphis. After Alexander's death in 323 B.C., the empire disintegrated due to ongoing succession disputes, until finally Alexander's general Ptolemy secured his dominion over Egypt in 305 and founded a dynasty that remained in power for 300 years.

After the assassination of Ptolemy XIII in 48-47 B.C., his sister Cleopatra VII took became the sole ruler. The Roman general Julius Caesar, who had tried in vain to mediate between Cleopatra and her brother, finally got himself into trouble and was forced to burn the Egyptian fleet, which was anchored in Alexandria. Cleopatra gave birth to Caesar's son and tried to secure his claim to the throne. After Caesar's death, she aligned with Mark Antony, whose victories brought Egypt dominion over the Middle East for the last time. The conflict with Octavian, later emperor Augustus, ended in defeat for Mark Antony in 31 A.D. He went back to Cleopatra and they both committed suicide. Thus Egypt became a province of Rome.

Select your cookie settings
We use cookies and similar tools to enhance your shopping experience, provide our services, understand how customers use our services so we can make improvements, and display ads. Approved third parties also use these tools in connection with our display of ads. For more information about cookies and how we use them, please click "Configure settings". There you can also manage your cookie preferences.
Currency calculator
Price in EUR
€45.00
Exchange rate:
Stand:
The service is currently unavailable.