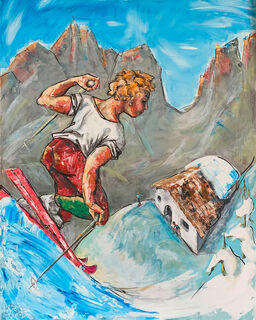 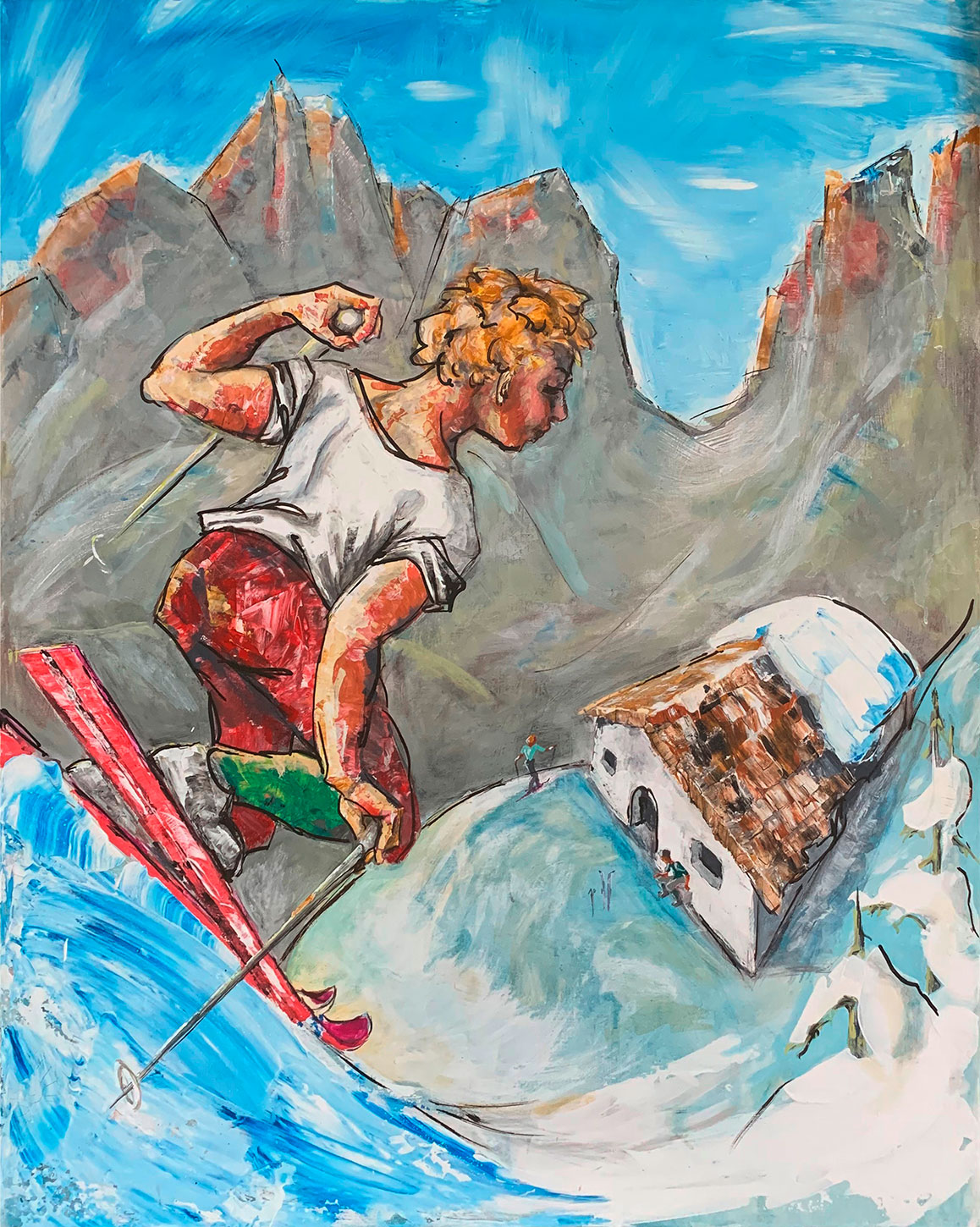 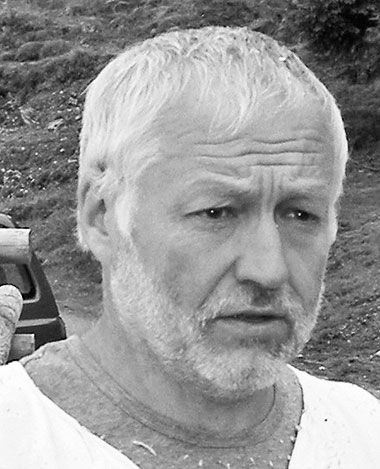 The sculptor and painter Roman Johann Strobl, who lives in Going am Wilden Kaiser, has made a name for himself among art collectors and gallery owners above all with his wooden sculptures, which are filigree, expressive and cheerfully dynamic. He has attracted public attention for his redesign of the German film award "Lola" and portraits of the former Chancellor of Germany Gerhard Schröder, among others.

The Austrian was born in 1951 and grew up in a traditional woodcarving family. Already at the age of 14, he learned the woodcarving trade in his father's workshop. To deepen his skills, Strobl studied sculpture under Professor Sebastian Cosamale in Todi, Italy. This was followed by numerous journeys to the Middle East, India and the roots of Greek mythology on Crete, which provided the artist with lasting inspiration for themes for his sculptural work.

Strobl experimented with a wide variety of techniques and materials for a long time. However, stone sculpture slowly became the focus of his artistic work. In 1997, he finally turned back to wood as a means of expression. But no longer with the carving knife but with the electric chainsaw with which he creates his objects with incredible precision like no other.

Strobl's oeuvre includes sculptures in wood, marble and stone. Moreover, he created a series of expressive picture cycles on canvas and drawings. Since the mid-1980s, his works have been regularly represented at exhibitions in Germany and Austria. His sculptural work is presented in public spaces ("Kunst am Bau") on buildings in Munich, Hanover and in Austria. Strobl has also appeared in chainsaw performances, including in the Austrian pavilion at EXPO 2000 in Hanover and Ahrensburg (2001), where he portrayed the Italian sculptor Bruno Bruni.

Graphic artwork in the making of which the artist combines at least two graphic techniques.

Select your cookie settings
We use cookies and similar tools to enhance your shopping experience, provide our services, understand how customers use our services so we can make improvements, and display ads. Approved third parties also use these tools in connection with our display of ads. For more information about cookies and how we use them, please click "Configure settings". There you can also manage your cookie preferences.
Currency calculator
Price in EUR
€3,600.00
Exchange rate:
Stand:
The service is currently unavailable.