Show all categories Abstract Pictures Back
back to overview
Sam Francis:
Picture "Pasadena Box No. I." (1963) 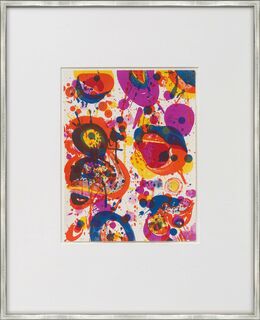 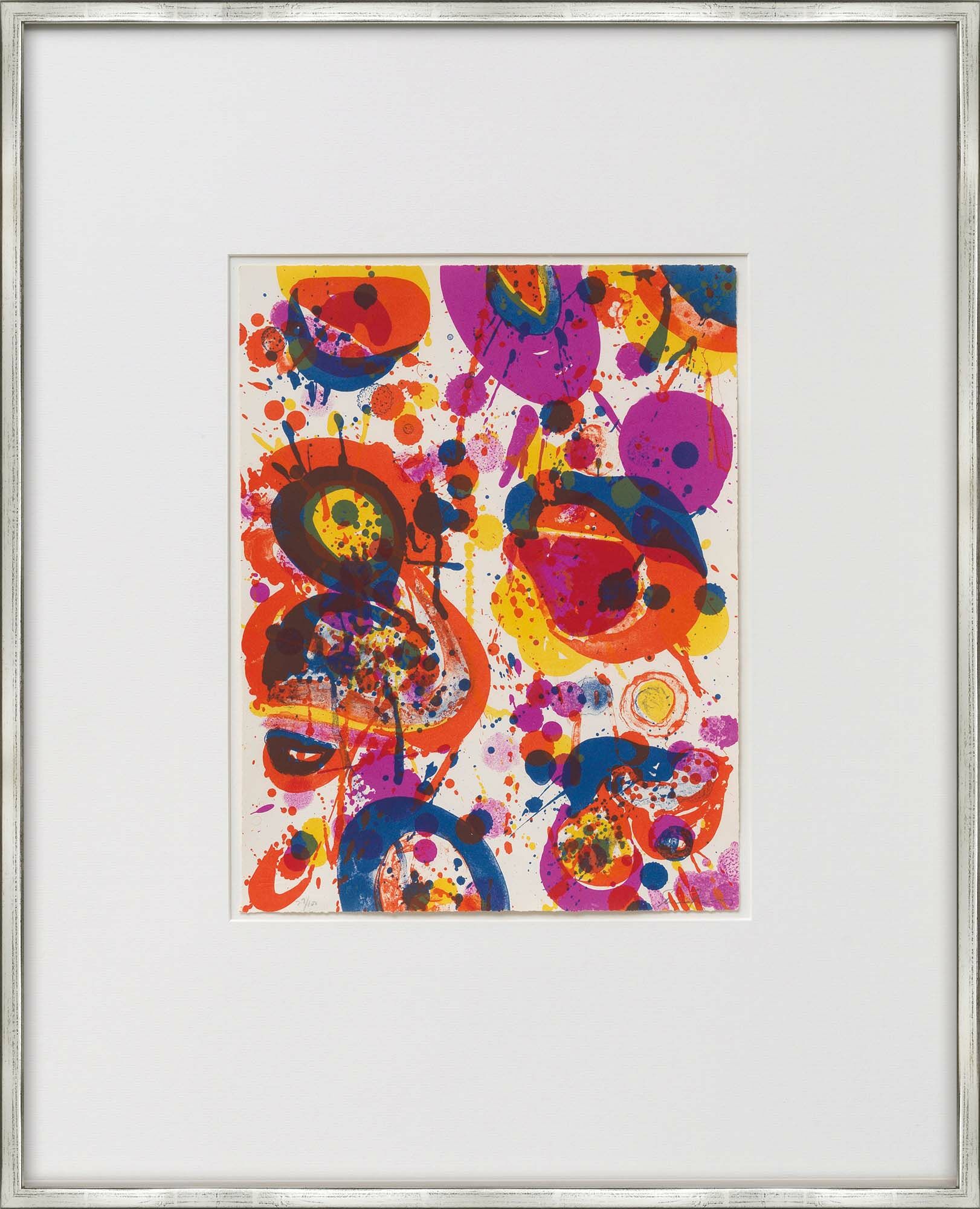 Sam Francis is one of the most important representatives of abstract expressionism. His works are on display at the Tate Gallery and the Museum of Modern Art, among others. In 1956, Time Magazine called him the "Most Attractive American Painter in Paris", and in May 2010, his 1957 work "Middle Blue" was sold for over 6 million dollars at an auction by Christie's.

The German newspaper DIE ZEIT characterised the early works of Sam Francis and his colleagues in post-war American painting as "painted declarations of independence in the direction of Europe". From 1950 onwards, Francis occasionally drew inspiration from the paintings of Claude Monet and Henri Matisse.

After studying painting with Mark Rothko, he moved to Paris for several years, where he met many important artists, such as Jean-Paul Riopelle, who had a lasting influence on Francis' style. It was not until 1962 that he returned to his native California after periods in Bern, Tokyo, and New York.

He became world-famous as an important representative of action painting. He let colours flow into each other on the painting surface in rivulets of varying strength, causing them to mix into blobs of colour. Francis once said about his artistic work: "There is no development in my paintings. There is a rhythm. They are all intense, from beginning to end."

Inroom view
Choose Your Cookie Settings
We use cookies and similar technologies provided by various services to provide you with a better and safer user experience. Some services are necessary for the website to function, whilst others are used to analyse and improve the user experience and are used by us and other approved third-party partners to tailor relevant advertisements for you.
By clicking Accept All Cookies, you give us your consent to use all services that require your consent. You can decline services that are not required by clicking Decline Cookies. You can change your preferences at any time under .
Currency calculator
Price in EUR
€4,900.00
Exchange rate:
Stand:
The service is currently unavailable.