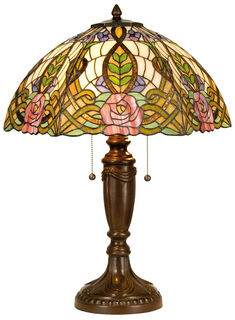 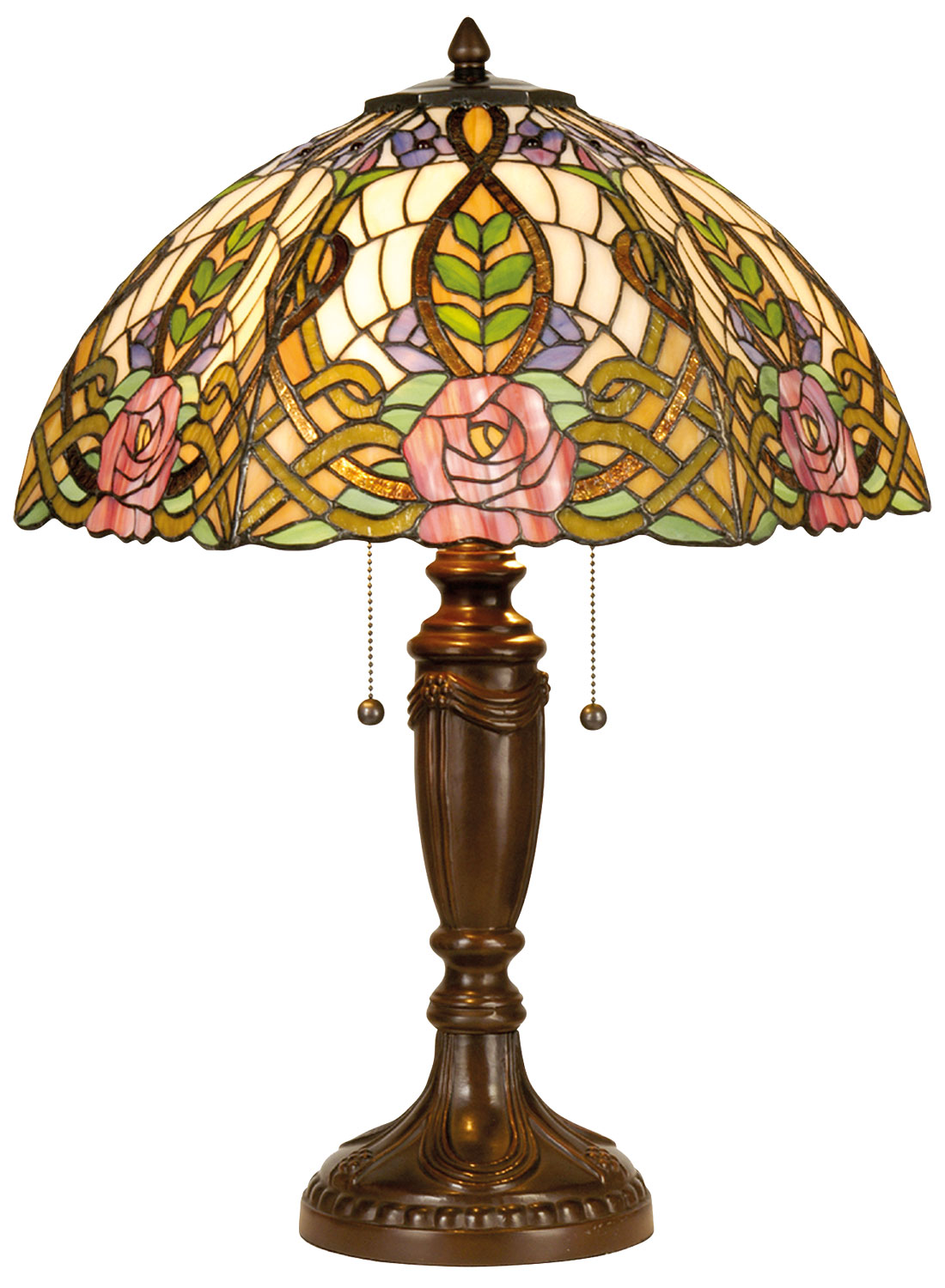 A stylish lamp with floral ornaments made of high-quality art glass. Inspired by a motif by Charles Rennie Mackintosh. Each lamp is a unique piece - slight variations in the finish are possible. Height incl. bronze-coloured, patinated resin base approx. 61 cm. Lampshade Ø 41 cm. For two bulbs E27 max. 60 watt each, individually operated by two pull switches. Bulbs not included.

The architect and designer Charles Rennie Mackintosh is a co-founder of Scottish Art Nouveau and was throughout his life in search of "true, modern, individual art".

He was born in Glasgow, Scotland, in 1868 and studied at the Glasgow School of Art while working as a draughtsman in an architectural office. His first designs show a clear rejection of historicism. Curvy, gracefully shaped grids adorn the first tearoom he designed. His participation in the London Arts and Crafts Exhibition brought him recognition far beyond Scotland. His sense for volume and geometry of line gave new impetus to the predominantly French Art Nouveau style.

His buildings are usually of clear design and form a balanced unity in their integrated whole of sculptural elements and windows. Mackintosh is therefore also an important precursor of the functional and rational architectural concept of the 20th century. His designs in the field of arts and crafts together with the houses and interiors he built achieve a unique overall impression. No other artist of his time was able to combine rational and expressive elements in such a fascinating way.

Select your cookie settings
We use cookies and similar tools to enhance your shopping experience, provide our services, understand how customers use our services so we can make improvements, and display ads. Approved third parties also use these tools in connection with our display of ads. For more information about cookies and how we use them, please click "Configure settings". There you can also manage your cookie preferences.
Currency calculator
Price in EUR
€780.00
Exchange rate:
Stand:
The service is currently unavailable.