Categories
back to overview
Wassily Kandinsky:
3 glass lanterns with artist motifs in a set 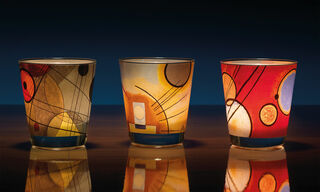 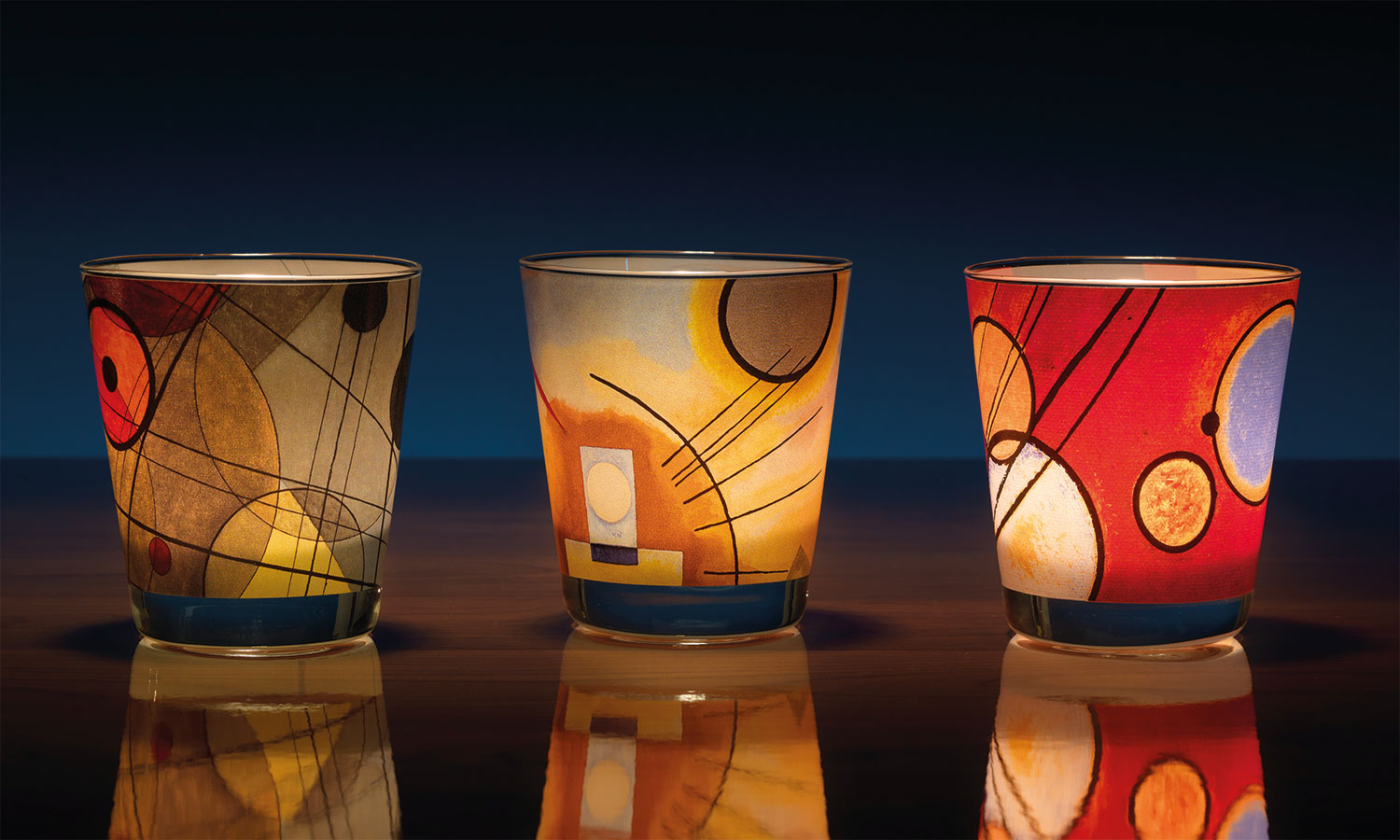 Wassily Kandinsky:
3 glass lanterns with artist motifs in a set

ars mundi Exclusive Edition | glass | height 9.5 cm each | Ø 8.5 cm each | only available as a set | shipped without candles

3 glass lanterns with artist motifs in a set 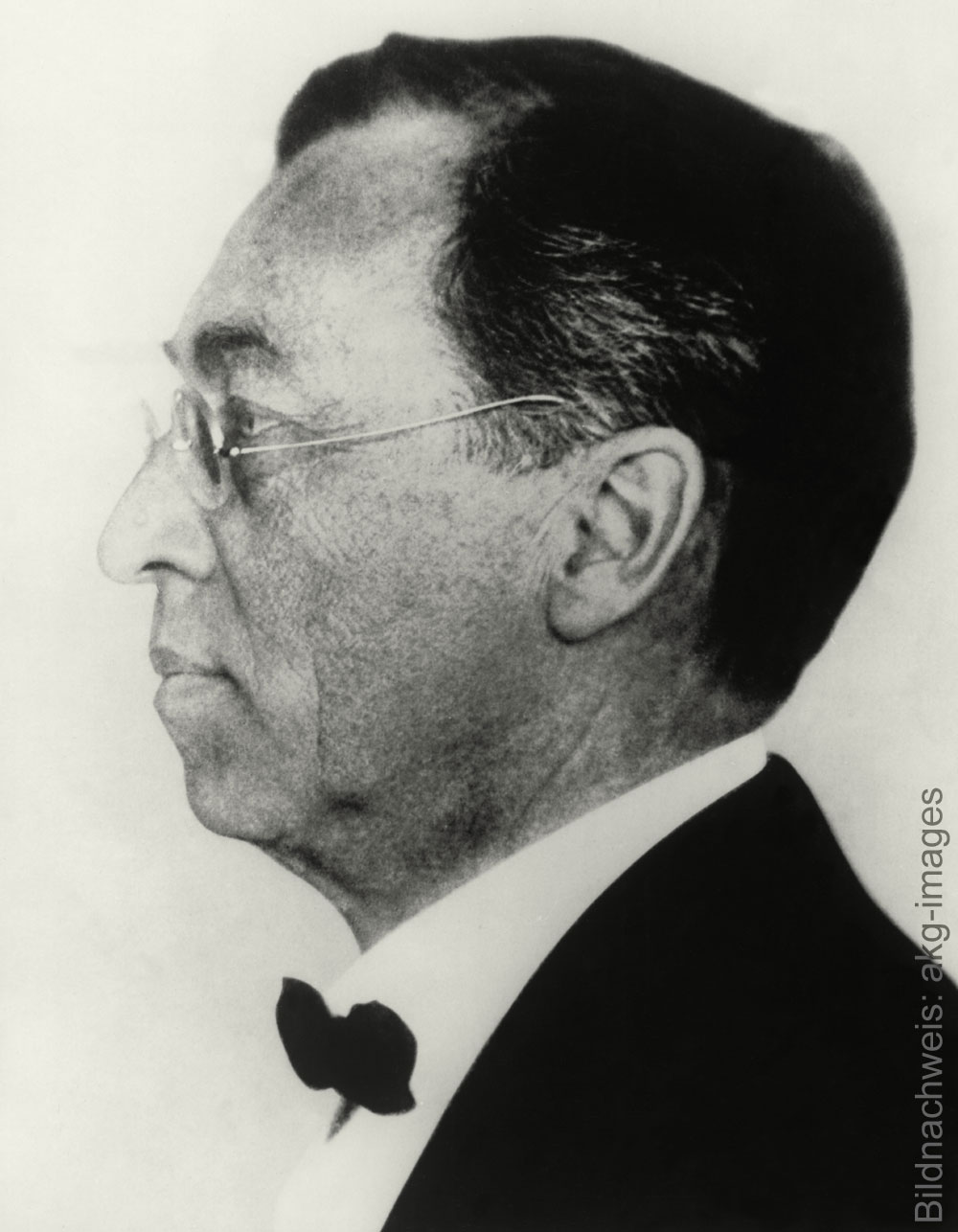 Like no other, Kandinsky wrote the "alphabet of 20th-century art". Through his abstract painting, he was able to convey the original power of colour and composition without being distracted by the depiction of objects. In his view, the mystery of LIFE could only be captured and represented through the abstract collision of colour and graphic form.

Wassily Kandinsky was born in Moscow in 1866 and died in Neuilly-sur-Seine, France in 1944. Despite his success as an economist and doctor of law he decided to pursue an artistic career and attend art school in Munich in 1896. In 1901, Kadinsky founded an art school called "Phalanx", where he met Gabriele Münter, who later became his companion during his years in Munich. Numerous journeys through Europe and to Tunis and the various impressions he gained while travelling shaped his pictorial expression. Gabriele Münter bought a house in Murnau in 1909, which allowed the couple to spend a longer period of time in the mountain town and Munich.

Kandinsky's early Munich paintings were influenced by Art Nouveau and Russian folk art, whose fairy-tale themes lingered in his works for a long time. The reverse glass paintings by the co-founder of the "Neue Künstlervereinigung München" of 1909 and the "Blaue Reiter" of 1911 reflect his impressions of the folk Bavarian art tradition.

During the First World War, the Russian returned to Moscow. Back in Germany in 1922, he played a decisive role working and teaching at the Bauhaus in Weimar and Dessau. In the end, however, Kandinsky was drawn to Paris where he remained until his death in 1944. From 1933, he lived in the metropolis on the Seine with his wife, whom he had married in Russia.

His encounter with the Russian Constructivists left its mark on Kandinsky's work which can be seen in the geometrisation and lines that are in dynamic tension with each other. In his theoretical writings on art, he expounded the fundamental theory of harmony in abstract art.

The viewer not only discovers the close connection between music and painting through his paintings, but it is also underlined by the composer Kandinsky: "Color is the keyboard, the eyes are the harmonies, the soul is the piano with many strings. The artist is the hand that plays, touching one key or another, to cause vibrations in the soul..."

Select your cookie settings
We use cookies and similar tools to enhance your shopping experience, provide our services, understand how customers use our services so we can make improvements, and display ads. Approved third parties also use these tools in connection with our display of ads. For more information about cookies and how we use them, please click "Configure settings". There you can also manage your cookie preferences.
Currency calculator
Price in EUR
€88.00
Exchange rate:
Stand:
The service is currently unavailable.