"It is the heartbeat of the active living human being", Robert Delaunay stated about the human sense for the harmonious combination of colours. According to Robert and Sonia's understanding, the human eye perceives colours as vibrations, rhythms, depths and variations – comparable to music. The Ukrainian's work clearly reflects her intense relationship with music and poetry.

Sonia Terk was born in Gradiesk in 1855 and died in Paris in 1979. She grew up in St. Petersburg and came to Karlsruhe, Germany to attend the Academy of Fine Arts in 1903. Two years later she completed her studies at the Academié de la Palette in Paris.

In 1908, the painter made her debut in the Paris gallery of Wilhelm Uhde, Sonia's first husband. After meeting Robert Delaunay at this young artists gallery, Sonia and Wilhelm agreed to a separation. In 1910, she married Robert. This "love at first sight" was the union of two remarkable artists. They shared the same ideas and were often their vital spark. The couple's Paris studio became the centre of the artistic avant-garde in the wild 20s.

Starting in 1912, they produced their first simultaneous design compositions. The representations are characterised by the simultaneous rendering of different spaces and times. Colourful non-representational colour surfaces imply movement with circular forms and segments. She transferred this design concept from painting to the designs of a wide variety of objects: carpets, book covers but also fabrics for dresses, waistcoats and scarves became examples of the convergence of art and life.

Sonia developed the Simultané fabric patterns, which were commissioned by a manufacturer from Lyon. Her fashions, designed in her own fashion studio, had a decisive influence on the haute couture of the 1920s. Sonia Delaunay-Terk was also a sought-after designer for interior design, theatre costumes and set designs as well as for film. 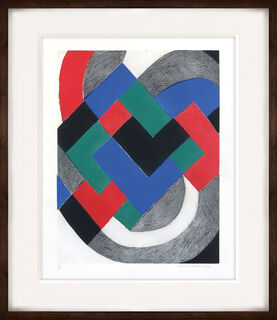 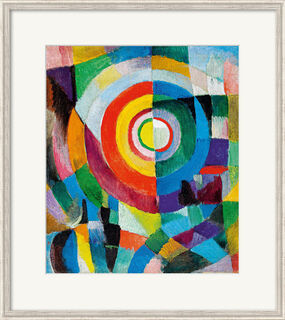