Handsome men, beautiful women, smoking cigarettes, bouquets and zeppelins are all part of his oeuvre, which consists of serigraphs, sculptures, ceramic murals and drawings. The illustrated book "Bildersaal Deutscher Geschichte", from 1890, which depict and describe two millennia of German life, already fascinated Götze as a child and still serves as inspiration for his work.

Götze was born in Halle, Germany in 1964. As the son of an artist couple and trained cabinetmaker, he already sold his first work at the age of nine. After his training, he made his way through as a furniture restorer and labourer in a coal factory. He also played in various punk bands.

In 1985 Götze created his first serigraphs. He then began to set up his own graphics workshop. Prior to the fall of the Berlin Wall in 1989, he was accepted into the Association of Visual Artists of the GDR.

Between 1991 and 1994 Götze taught serigraphy at the University of Art and Design in Halle. This was followed by a one-year visiting scholar in serigraphy at the Ecole Nationale Supérieure des Beaux-Arts in Paris.

In 1996, the German state of Saxony-Anhalt awarded Götze the Art Promotion Prize and one year later he received the graphics prize of the "Vereinigte Zigarettenfabrik Dresden".

In addition to numerous solo and group exhibitions in Germany, Belgium and the USA, Götze has also worked on several projects, such as the ceramic wall design for the atrium of the Specks Hof exhibition centre in Leipzig (1994/95) and the design for the Leipzig Book Fair (2000). He has also made a name for himself as a book illustrator and author of many books and essays. Moritz Götze now lives and works as a freelance artist in Halle an der Saale.

For Moritz Götze, the materials of his pictorial inventions are cultural history and art history, a look back into the social history of his country, but also things perceived from his immediate living environment – urban scenes or everyday objects. In doing so, he uses a comic-like painting style that is not identical to conventional pop art.

Goetze's main focus, however, is his preoccupation with German history and he follows – albeit quite differently – the tradition of Anton von Werner, Arnold Böcklin, Franz von Stuck, Jörg Immendorff, Penck or Anselm Kiefer without, however, taking up their respective mythological references. It is solitary work. He is an artist, shaped by East and West Germany, that shows his world view ironically and obsessed with history at the same time. 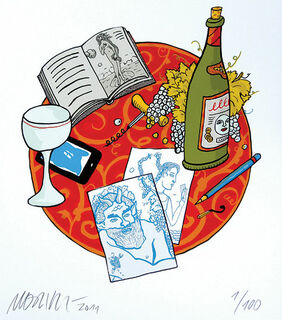 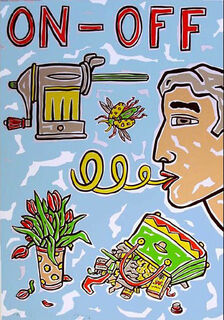 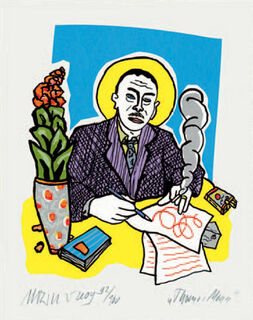 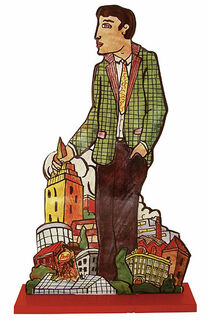 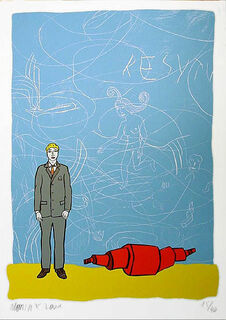 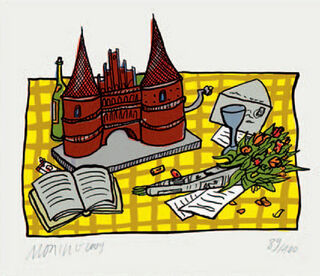 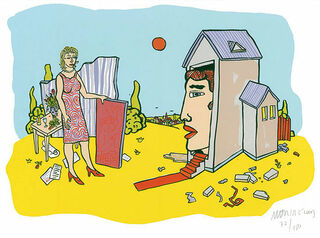 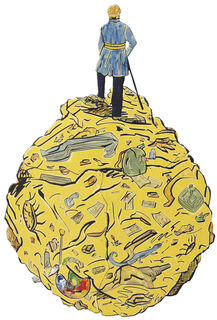 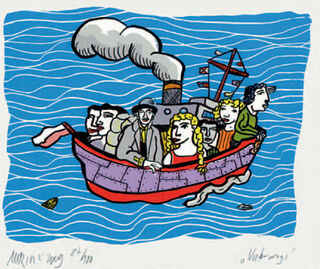 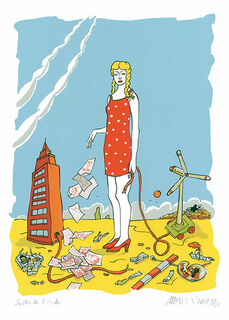