His work "Black Square" of 1915 is one of the most famous works in modern art history. As the main representative of the Russian avant-garde, Kazimir Severinovich Malevich was for a long time at the centre of the most diverse trends of early modernism.

After impressionistic attempts, he came to grips with Cubism, Constructivism and Futurism before finally developing his own style, called Suprematism. According to Malevich's conviction, art in Suprematist non-objectivity could only have itself as its content.

In his late work, Malevich returned to figurative painting. In doing so, however, he eluded the political claims of "Socialist Realism" so thoroughly that it only found greater publicity after the end of the Soviet Union. 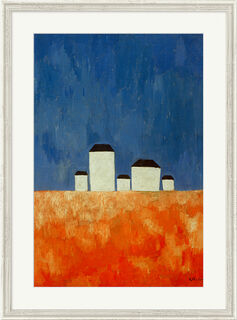 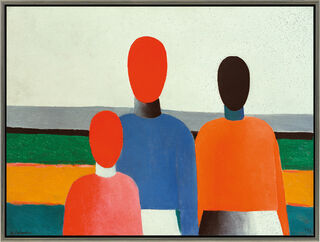