He loved the seclusion of nature, the landscapes of the North Sea and the Baltic Sea, which became the place of creation and motif of Karl Schmidt-Rottluff's works. Along with Fritz Bleyl and Ernst Ludwig Kirchner, he was a co-founder of the artists' association "Die Brücke", which was founded in 1905. Around that time, he changed his surname by adding his native town of Rottluff.

When he moved to Berlin in 1911, he got inspired by the Futurist, Cubist and African styles of art, which later influenced his work. The artist suffered from the defamation of his art by the Nazi Party. In 1936 they banned him from exhibiting, which was followed five years later by a ban on painting. In a desperate state of mind, Schmidt-Rottluff returned to his hometown and accepted a professorship at the Hochschule für Bildende Künste in Berlin in the late 1940s. Through his teaching position, he found interest in working on large-format watercolours, which later became characteristic of his work. 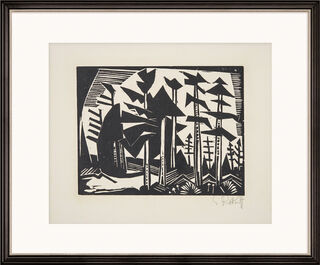 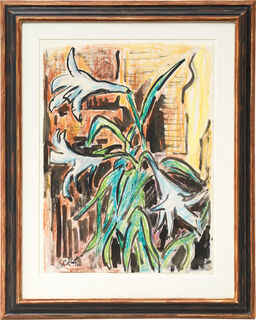 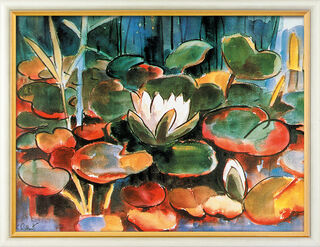