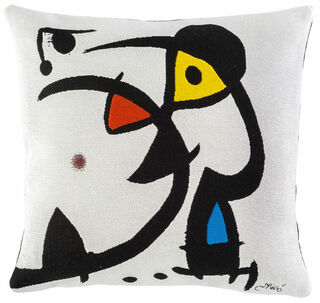 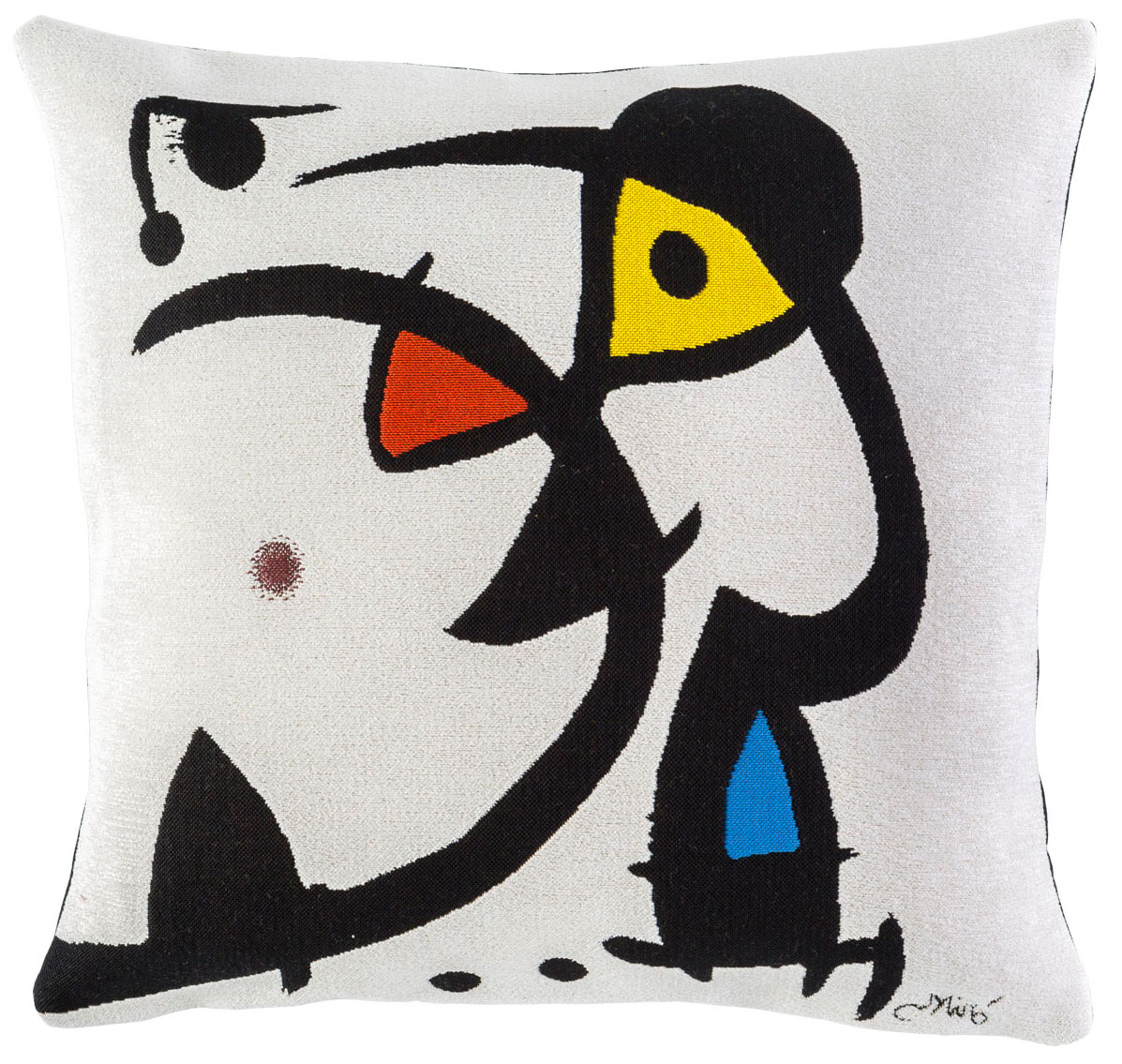 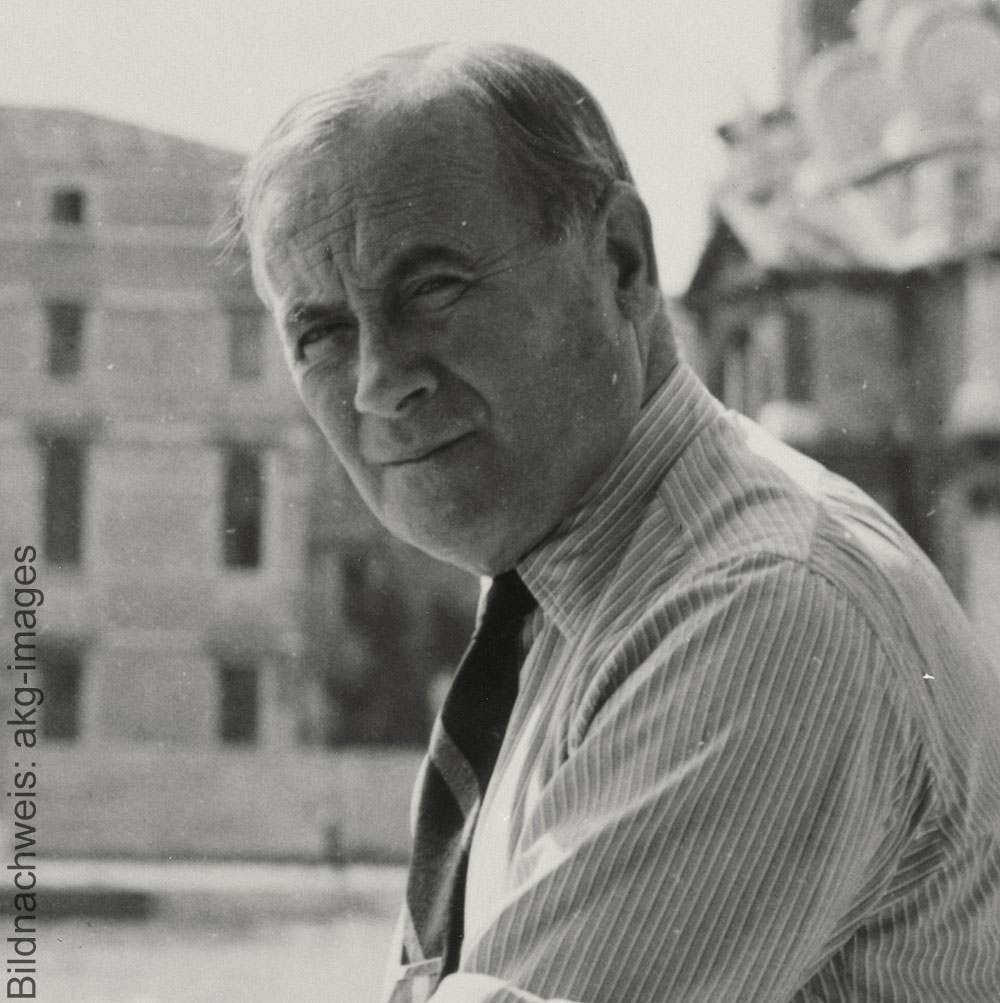 Joan Miró is considered one of the most important representatives of Surrealism. The artist, who significantly influenced abstract expressionism, found his own way to an abstract stylistic idiom of strongly outlined surreal forms, but without abandoning the connection to the object.

Joan Miró was born in 1893 in the Spanish art metropolis of Barcelona. He received drawing lessons as a child despite the initial reluctance of his father, who was a goldsmith and watchmaker. He visited a commercial college and the La Llotja art academy, where Pablo Picasso had taken art lessons just ten years before.

From 1919 onward Miró lived alternately in Spain and Paris. In the world capital of art as well as in Barcelona, he had his studio as of 1921. The renowned painting "Farm" was created shortly afterwards - it shows the transition from a realistic viewpoint to pictorial visions of dreams.

In Paris, Joan Miró also became involved with the eloquent Surrealists, among whom he remained a quiet outsider. Nevertheless, he exhibited with them in 1925. His paintings now became increasingly abstract and symbolic. A trip to Holland inspired him to paint the "Dutch Interiors". The following year, in 1928, he married, experienced an artistic crisis and, according to his own statement, wanted to "murder painting".

But Miró decided to keep it alive and triumphed. His precisely planned paintings become clearer, often containing only a few associative signs, symbols and archetypal elements such as stars, birds and eyes. They consist more and more of large, overlapping surfaces in strong colours that reveal Miró's strength as a colourist. The pictorial space becomes increasingly two-dimensional. They evoke an almost childlike effect.

Around 1930 he produced his first "Papiers Collés", collages and reliefs. In addition to his paintings, he also produced an extensive graphic oeuvre, such as lithographs, etchings and woodcuts, which made the artist popular. He also created surreal objects and ceramics.

In the first half of the 1950s, his work was dominated by graphic art and ceramics. He now lives in Palma de Mallorca and receives numerous commissions for wall ceramics in public buildings, for example for the headquarters of UNESCO in Paris, the Guggenheim Museum in New York or Harvard University in Cambridge, Massachusetts. In 1964, the Fondation Maeght was inaugurated in Saint-Paul-de-Vence, southern France, for whose garden "Le Labyrinthe" Miró designed sculptures and ceramics.

Joan Miró's works were presented in numerous exhibitions worldwide. By 1941, the first retrospective was held at the Museum of Modern Art in New York. The artist received many honours and awards. In 1968, the city of Barcelona commissions the construction of the Miró Museum, for which the artist donates forty works.

Joan Miró died at the age of 90 on Christmas Day 1983 in Palma de Mallorca.

Select your cookie settings
We use cookies and similar tools to enhance your shopping experience, provide our services, understand how customers use our services so we can make improvements, and display ads. Approved third parties also use these tools in connection with our display of ads. For more information about cookies and how we use them, please click "Configure settings". There you can also manage your cookie preferences.
Currency calculator
Price in EUR
€120.32
Exchange rate:
Stand:
The service is currently unavailable.