Categories
back to overview
Pablo Picasso:
Picture "The Lovers" (1923), framed 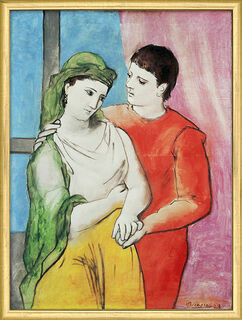 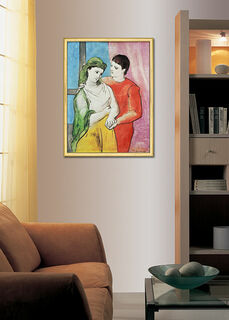 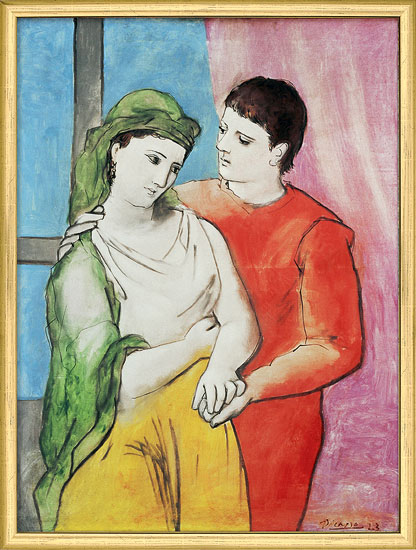 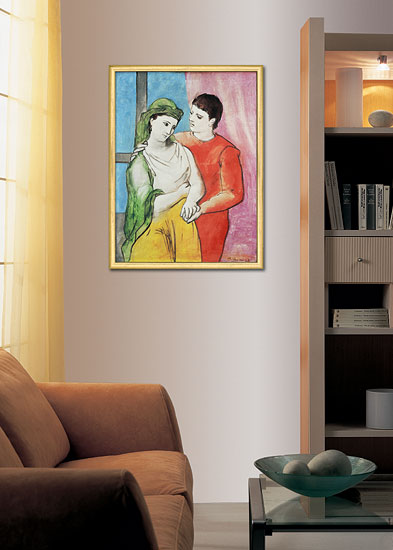 For this tender declaration of love, which Picasso painted in his "classical" period, the artist ingeniously combines the two driving forces of his life: art and love.

We present perhaps his most romantic painting as a special edition: a limited ars mundi art edition featuring the finest reproduction of the motif on heavy Chagall Insize paper. There is currently no other reproduction of this world-famous painting on the art market that does justice to the significance of this work through loving quality. Therefore, we decided to publish this edition together with the Picasso Estate, Paris.
Original: Oil on canvas, The National Gallery of Art, Washington DC, USA. 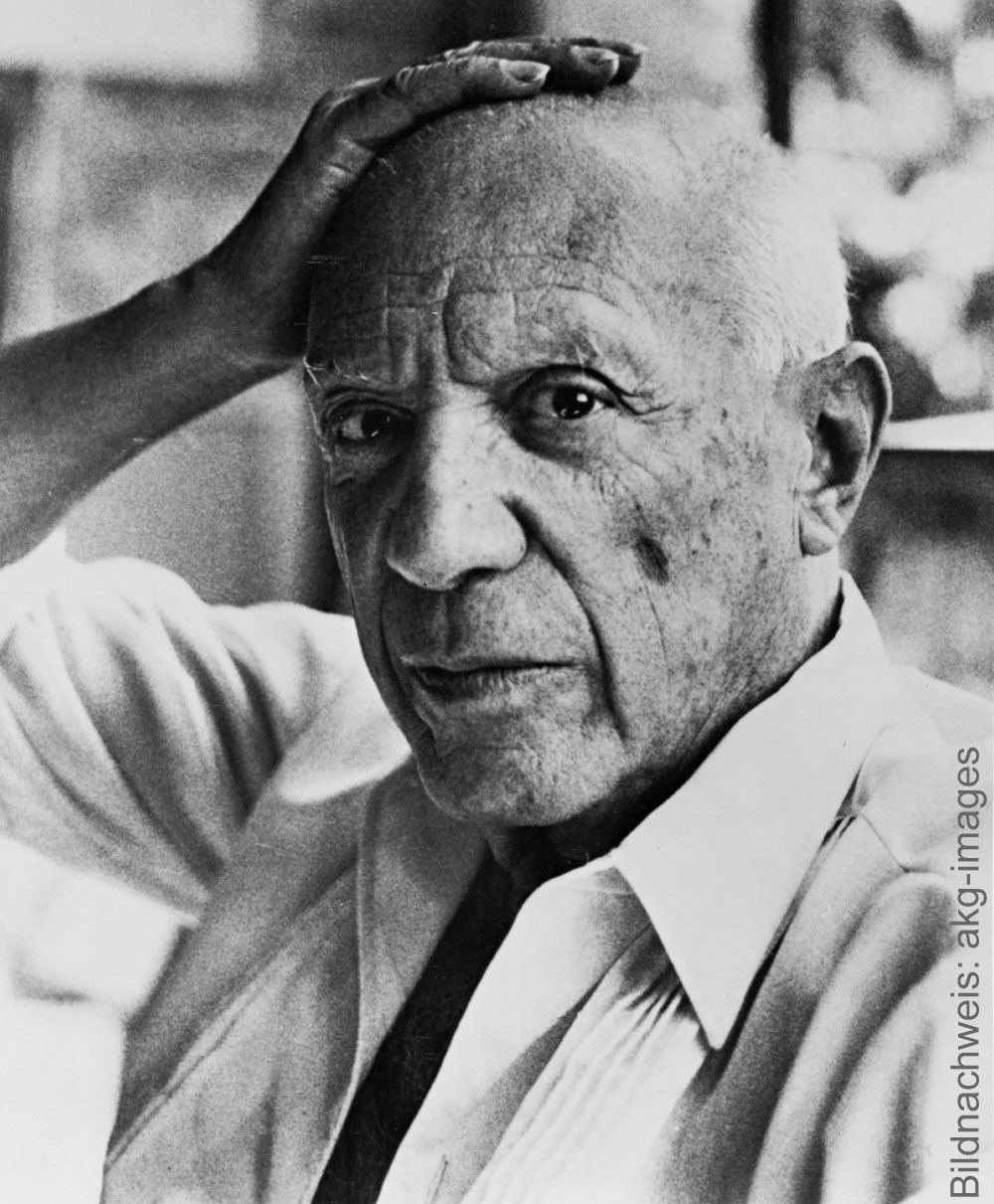 "Painting is stronger than me, it makes me do it's bidding." (Pablo Picasso)

At 12, he could already paint like Raphael; at 20, no university professor was able to convey him new further insight into art. Pablo Picasso died at the age of 91 and left behind an extensive oeuvre of over 40,000 works - and the certainty that he was the most important artist of the 20th century.

Moreover, his work never ceases to inspire because it cannot be narrowed into one single style, it remains versatile and surprising. "Down with style! Does God have a style? He made the guitar, the harlequin, the dachshund, the cat, the owl, the dove. Like me. The elephant and the whale – fine – but the elephant and the squirrel? A real hodgepodge! He made what doesn‘t exist. Me too."

After Picasso had his first solo exhibition in Barcelona at the age of 19, he was drawn to Paris, the art metropolis of the turn of the century. He quickly became a rising artist and a famous celebrity. In the beginning, he was known for his Blue and Pink Period. Inspired by the art of the primitive people, he and Georges Braque then developed a new revolutionary art, Cubism. In the 1920s, his motifs became monumental and classicising. Subsequently, his contact with the Surrealists also had an impact on his works. He then reached his artistic peak with the mural Guernica, which was created under the impression of the Spanish Civil War. After the Second World War, he moved to the south of France and devoted himself in particular to lithography and ceramics.

His pictorial inventions are reflection of his own life. The main themes in his monumental oeuvre are his partners and children as well as bullfighting, which he was passionate about throughout his whole life. Picasso not only portrayed himself in numerous variations, but also historical painters such as Degas, Manet or Toulouse-Lautrec.

Pablo Ruiz Picasso was inspired by every material and every technique to create new works of art: Wax crayon, oil on canvas, silk, sculptures, ceramics - the versatility of the great Spanish artist was overwhelming.

Picasso's artist colleague Max Ernst once said: "... No one can compete with him, he is the genius." This verdict by the great Surrealist underlines how uniquely important Picasso is in the history of 20th-century art.

The auction of the legacy of Picasso's long-time partner Dora Maar was the great Parisian auction event of the end of the last century. The collection, which is unparalleled, garnered record bidding and prices. Especially high was the demand for Picasso's drawings, which went far beyond the scope of estimates. Dora Maar once said of Picasso: "When the women in his life change, everything else changes too, the house, the favourite poet, the circle of friends, the style." Throughout his life, he sought constantly means of expression through a wide variety of artistic means.

Even today, high-profile exhibitions all over the world are attracting record numbers of visitors, which testifies his undisputed success.

Select your cookie settings
We use cookies and similar tools to enhance your shopping experience, provide our services, understand how customers use our services so we can make improvements, and display ads. Approved third parties also use these tools in connection with our display of ads. For more information about cookies and how we use them, please click "Configure settings". There you can also manage your cookie preferences.
Currency calculator
Price in EUR
€270.00
Exchange rate:
Stand:
The service is currently unavailable.