Hartwig Ebersbach, born in Zwickau, Germany in 1940, studied at the Leipzig Art Academy. He is one of the most important contemporary artists.

"Painting is action," states Hartwig Ebersbach. He makes his expressive works sparkle with passion and spontaneity. In a churning swirl of impasto oil paint, the contours of his motifs sometimes dissolve beyond recognition. He frequently transfers personal experiences and dreams onto the canvas. According to Ebersbach, his paintings reflect emotional outbursts in the highest form, "and then we should not be surprised that obscene, explosive and drastic paintings emerge." In 1964, the artist had graduated from the Academy of Visual Arts in Leipzig under Bernhard Heisig and later also worked there as a professor in experimental art. For the communistic East German art establishment and their functionaries, however, Ebersbach and his work were not considered system-conformant. But even though he was still struggling with reprisal and exhibition bans in East Germany, he was already celebrating his first successes in West Germany from the beginning of the 1980s. Today, Hartwig Ebersbach is considered one of the most important contemporary representatives of German informal painting. 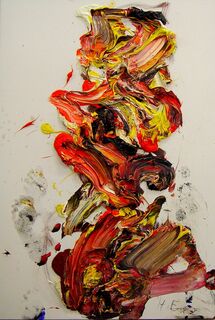 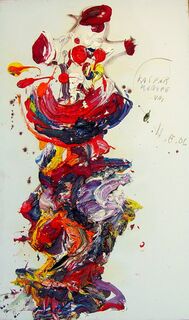 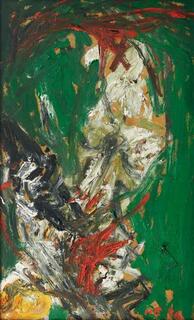 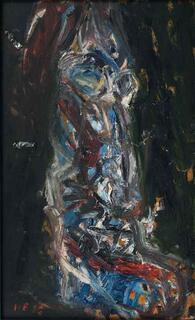 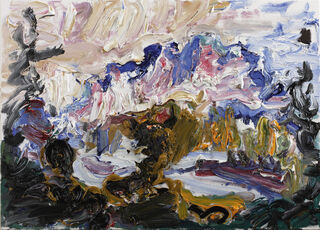 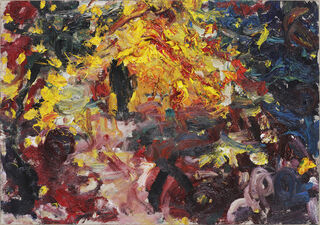