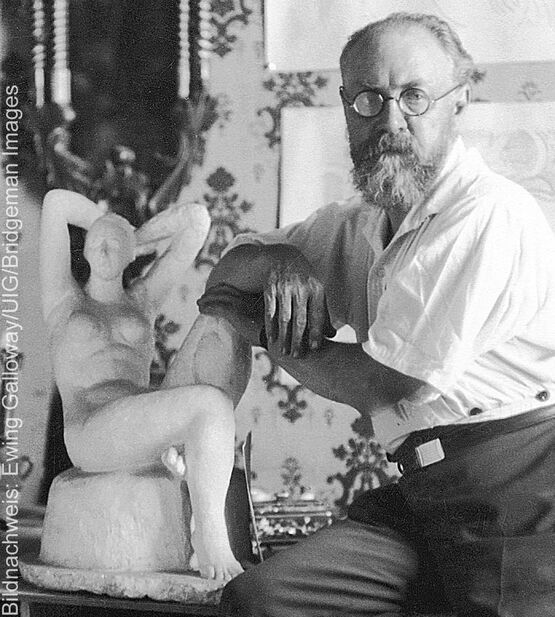 The co-founder of Fauvism is today considered one of the most important painters of the 20th century.

Matisse was born on New Year's Eve 1869 in Le Cateau-Cambrésis, France. He only discovered his artistic talent late in life. After studying law, Matisse worked in a law firm. His mother brought him art supplies during a period of convalescence following an attack of appendicitis, which forced him to stay in bed. And this is how he started to paint. He decided to give up on working in the law firm and began to study in Gustave Moreau's free painting class.

Initially, he orientated himself towards the Impressionists and studied Cézanne. Through Pointillism, which he became acquainted with through Paul Signac, he finally adopted a more two-dimensional brushstroke and started to use strong colours. The scandalous exhibition of 1905 at the Salon d'Automne in Paris, which Matisse took part in together with Derain, Vlaminck and others, gave these "wild animals" the name "Fauves".

Subsequently, Matisse increasingly dispensed with spatial illusion and concentrated particularly on primary colours and black. Ornamental patterns reflect his experiences with Islamic art, which he encountered on his trips to Morocco in 1911/12.

Movement and music are the themes that fascinated him repeatedly. Thus, the painting "Dance" from 1909/10 and the mural of the same name from 1930-33 are among his most important major works.

In the 1930s, Matisse discovered "papiers découpés" (eng.: papercutting), the art of paper designs, which prepared his later work as a stage and costume designer.

Before his death on 3 November 1954, he was able to complete his late work, the decoration of the Notre Dame du Rosaire chapel in Vence. 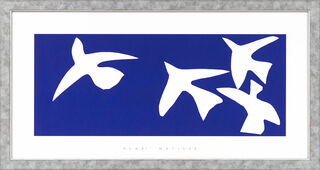 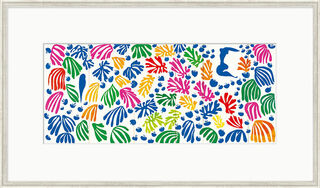 Henri Matisse Picture "The Female Parrot and the Siren", framed 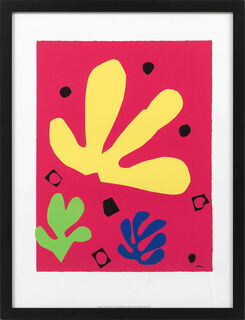 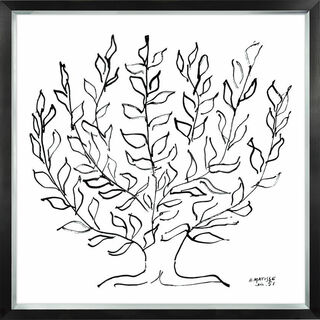