Michelangelo depicted pain and despair but also hope in his prehistory of mankind: the Sistine Chapel in the Vatican. When he created these vaulted frescoes between 1508 and 1512, the main representative of the High Renaissance and pioneer of Mannerism was already playing a central role in Italian artistic and intellectual life as a sculptor and painter.

Michelangelo Buonarroti was born in Caprese, Tuscany, in 1475. He trained as a painter under Domenico Ghirlandaio, and as a sculptor probably under Bertoldo di Giovannis, whereby the study of antiquity was a major influence.

From 1496 to 1501, Michelangelo worked in Rome, where among other projects he created the "Pietà" for St Peter's Basilica. Until 1504, he worked in Florence on the monumental statue of "David", which still shows the close connection to antiquity. The following sculptures mark the transition to Mannerism through intense moments of movement.

In 1505, Michelangelo received the commission for the tomb of Pope Julius II. However, it was only completed in a reduced way after his death in 1513 because the stubborn artist could not come to an agreement with the client. The "Bound Slaves" and "Moses" were created in 1516. He was to work as an architect for the Medicis but was unable to realise the planned building and instead implemented the design he had developed in the staircase of the Biblioteca Laurenziana in Florence, starting in 1521.

As of 1534, Michelangelo lived in Rome for good.

Michelangelo's late work is characterised by an intensive preoccupation with religious themes but also with architectural plans, such as the supervision of the construction of St. Peter's Church or the Palazzo Farnese. Through his letters and sonnets, we can also discover Michelangelo the poet, who died in 1564. 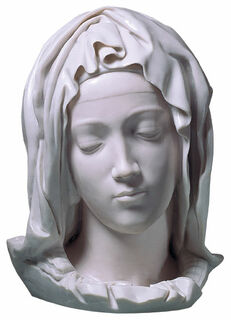 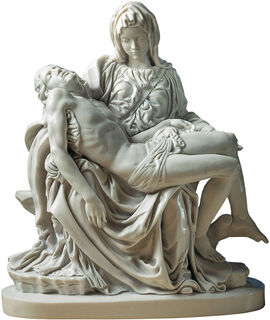 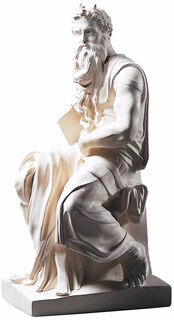