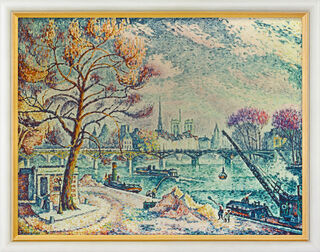 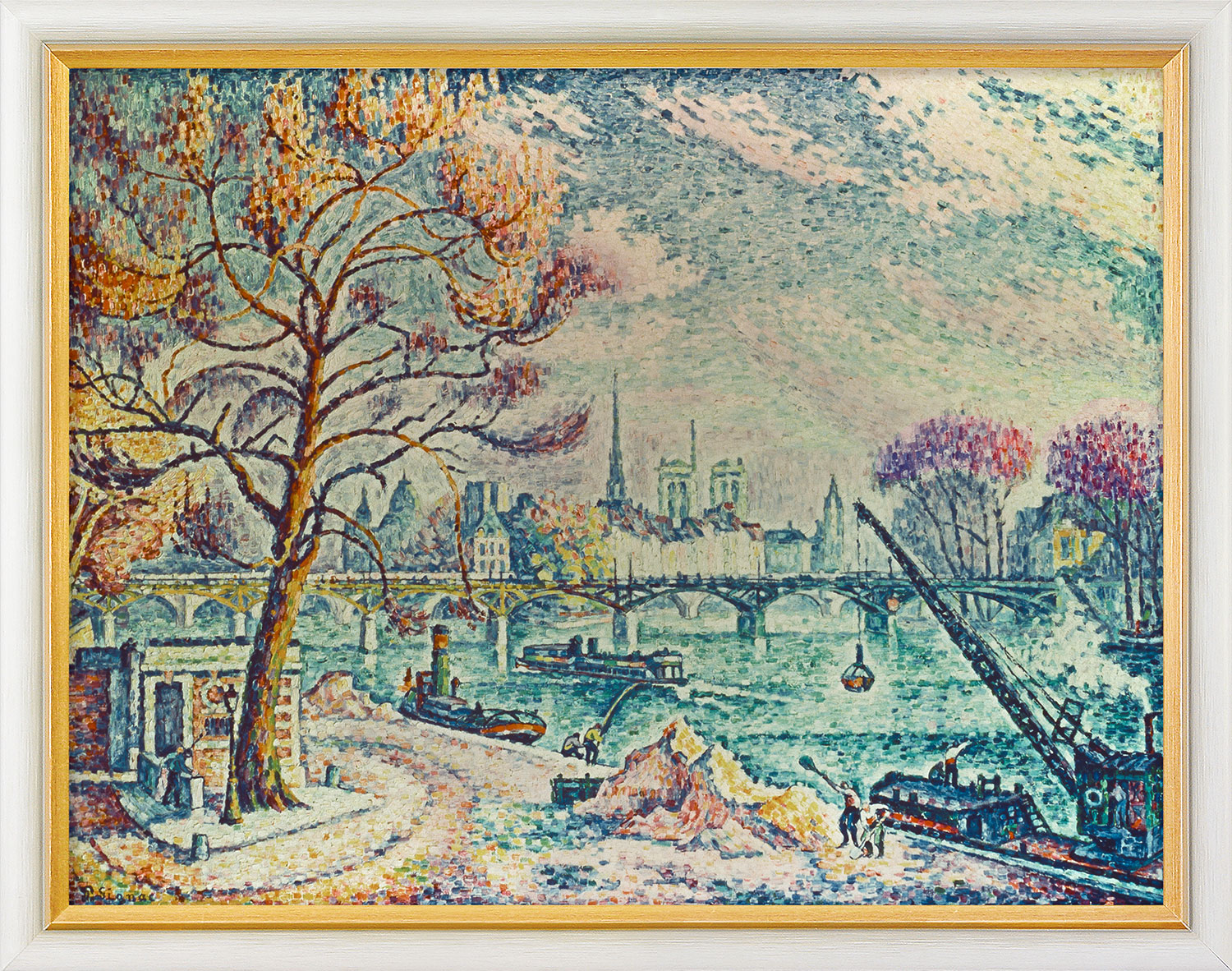 The colours should not be mixed on the palette, but in the observing eye. That was the basic idea that Paul Signac adopted from Seurat in 1884. He executed it on canvas with meticulously placed dabs of colour and profound knowledge of optics and perceptual physiology.

Pointillism is a neo-impressionist art movement that resulted in masterpieces that can hardly be surpassed in their luminosity through the cleverly thought-out use of competing and corresponding primary colours.

The style of Impressionism, which emerged in French painting around 1870, owes its name to Claude Monet's landscape 'Impression, Soleil Levant'. After initial rejection, it began a veritable triumphal procession.

Impressionism can be seen as a reaction to academic painting. The emphasis was not on content with its strict rules of painting structure, but on the object as it appears at any given moment, in an often random cut out. The reality was seen in all its variety of colours in natural lighting. The Studio painting was replaced by open-air painting.

Through the brightening of the palette and the dissolution of firm contours, a new approach to colour emerged. In many cases, the colours were no longer mixed on the palette but side by side on the canvas so that the final impression lies in the eye of the viewer with a certain distance. In "Pointillism", (with painters such as Georges Seurat or Paul Signac) this principle was taken to the extreme.

Outside France, Impressionism was taken up by painters such as Max Slevogt, Max Liebermann and Lovis Corinth in Germany, and by James A. M. Whistler in the United States.

However, Impressionism was only expressed to a limited extent in the art of sculpture. In the works of Auguste Rodin, who is considered one of the main representatives, a dissolution of surfaces is evident, in which the play of light and shadow is included in the artistic expression. Degas and Renoir created sculptures as well.

Select your cookie settings
We use cookies and similar tools to enhance your shopping experience, provide our services, understand how customers use our services so we can make improvements, and display ads. Approved third parties also use these tools in connection with our display of ads. For more information about cookies and how we use them, please click "Configure settings". There you can also manage your cookie preferences.
Currency calculator
Price in EUR
€468.00
Exchange rate:
Stand:
The service is currently unavailable.