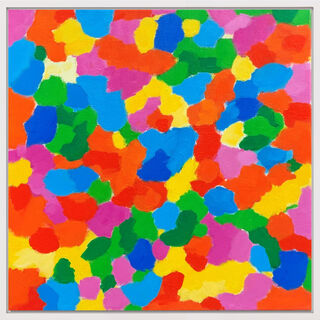 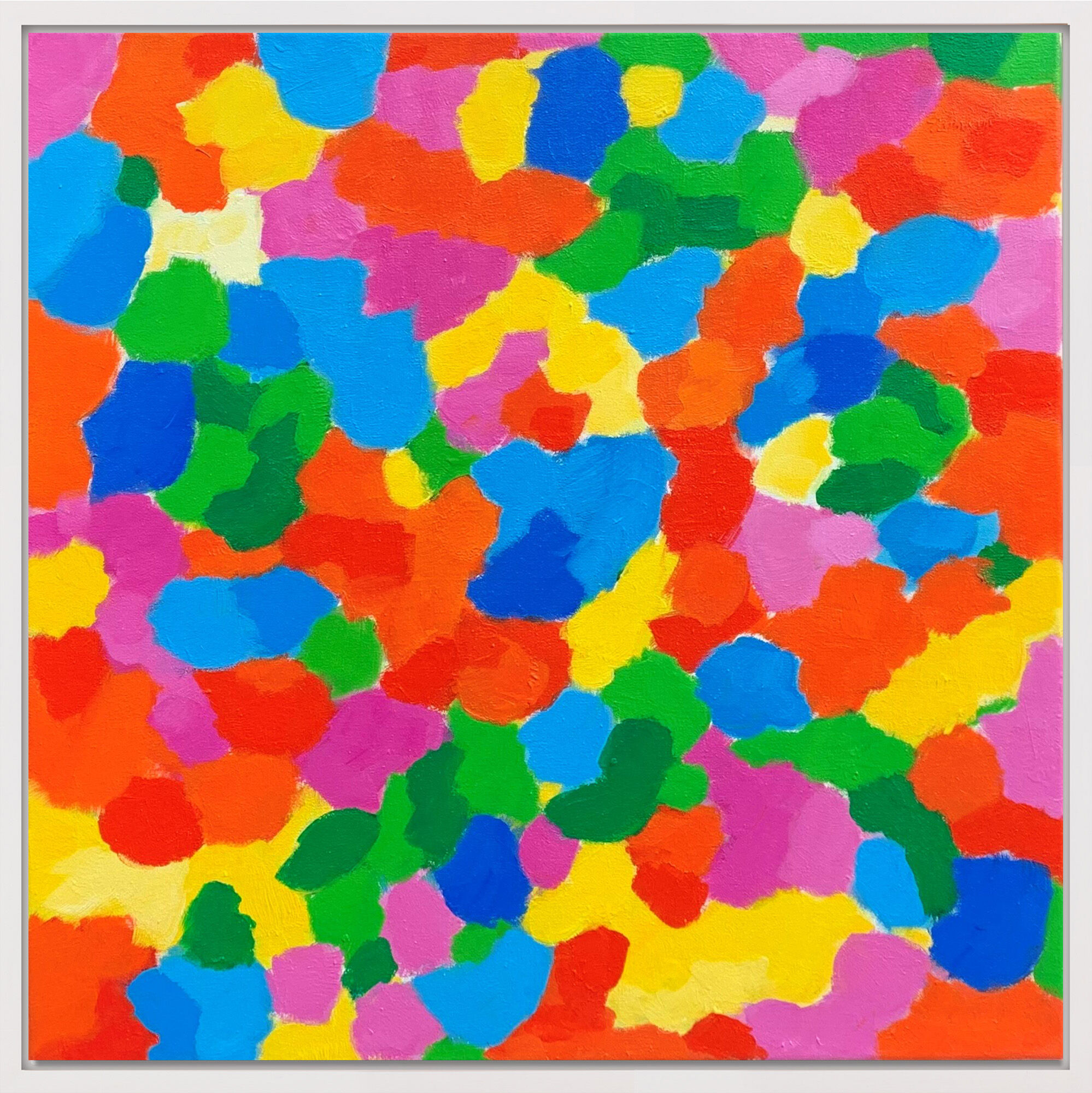 A beacon of colour that carries a carefree mood – Ulrich Lipp, born in Allgäu, Germany, in 1955, understands the power of colour. The fact that everything exists is the source of the almost timeless power of Ulrich Lipp's paintings. From the composition to the traces of the brushwork – his work celebrates this origin of all that is visible and allows colour to become a manifesto and a gift of pure joie de vivre.

This joy now seems to increase into a state of bliss: the colours have become independent and somehow domestic, they condense on the canvas into forms that they do not receive but give to themselves. A creative will to colour is expressed in sharp contours, which comes from the underground of the pictorial space and perhaps, therefore, demands a stronger frame.

Each colour impulse saturates itself in a physicality that is neither representation nor abstraction, but rather autonomous creation in the free play of form and resonance. The only thing that counts as an external boundary is what another colour allows to resound in the surrounding space. Thus, they expand into stretched landscapes without ever becoming obtrusive; they like to conquer the picture in gestures that are as primordial as they are peaceful, welcoming everything but the doubting gaze; or they enjoy themselves in the geometric form of the circle, the expression of consummate sovereignty and serenity (as Gaston Bachelard recognised it: "l'être est ronde" = eng.: the being is round).

This happens so naturally that if a viewer could step into the picture and lose themselves completely in it, the colours would certainly reveal their essence in sound and tone: no longer as a visible counterpart, but as a gentle, all-pervading message of a connectedness that cannot be produced, but only heard.

And so the new images can be called musical: Spatial depth is transformed into a sound surface, which banishes everything figurative into an elastic atmosphere and thus inserts it into a magical suspension, whose temporal essence alone may claim to hold happiness.

For happiness is only fleeting when it attaches itself to the happy. But if art is the visualisation of seeing and not of what is seen, then these pictures celebrate the happiness of seeing: namely, when the joy of creating and the happiness of being a creature embrace each other.

In 1983, Ulrich Lipp completed his studies in the liberal arts at the Hochschule für Bildende Kunst in Düsseldorf, Germany. Since then, he has been working as a freelance artist and has successfully exhibited in various galleries and art houses throughout Germany. Lipp has lived and worked in the Westerwald since 1993.

Inroom view
Choose Your Cookie Settings
We use cookies and similar technologies provided by various services to provide you with a better and safer user experience. Some services are necessary for the website to function, whilst others are used to analyse and improve the user experience and are used by us and other approved third-party partners to tailor relevant advertisements for you.
By clicking Accept All Cookies, you give us your consent to use all services that require your consent. You can decline services that are not required by clicking Decline Cookies. You can change your preferences at any time under .
Currency calculator
Price in EUR
€2,450.00
Exchange rate:
Stand:
The service is currently unavailable.