Geometry with a harmonious movement: Sculptor Gábor Török is a true master of transformation. His sculptures show their origins in linear basic bodies. But Török transforms the formerly static structures into flowing movements with great skill. He lends them elegance and dynamism.

Török was born in 1952 in Budapest. Since 2004, he has been living and working in Wiesbaden, Germany. In addition to exhibitions throughout Europe, Asia and the USA, he has designed numerous large sculptures for public spaces, including in Berlin and Frankfurt.

Gábor Török is a winner of the cultural prize of the German-Hungarian Society. He designs his works with their own spatial quality, which is composed of the interplay between the interior and exterior of the sculpture. "Török's conception of space is based on a dynamic idea according to which there cannot be a space that is fixed once and for all..." (ArtProfile 2002). 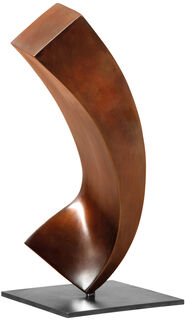 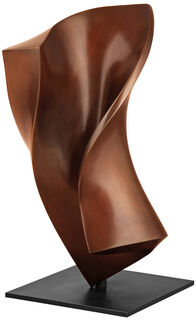