Show all categories Mythology / History Back 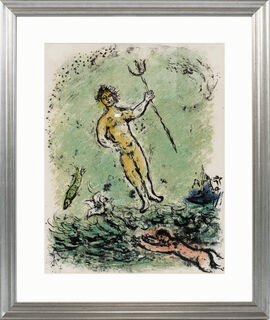 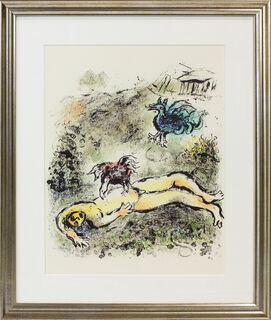 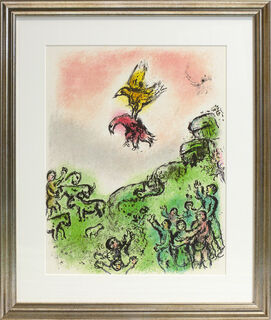 Marc Chagall Picture "The Odyssey - The Portent, the Hawk and the Dove" (1989), framed 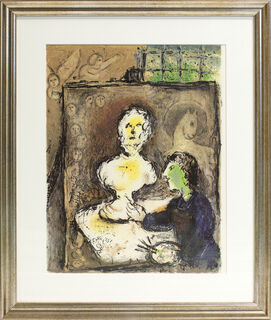 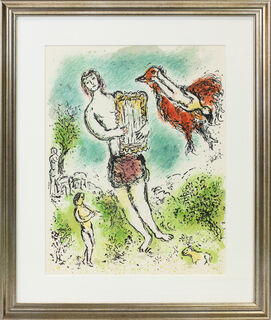 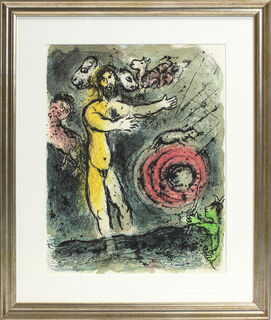 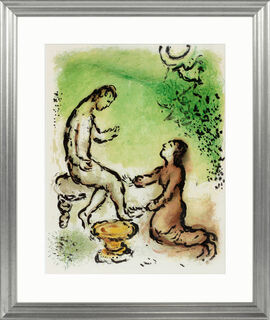 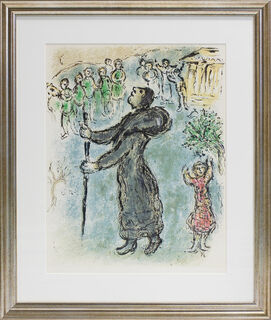 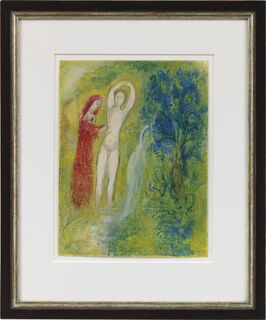 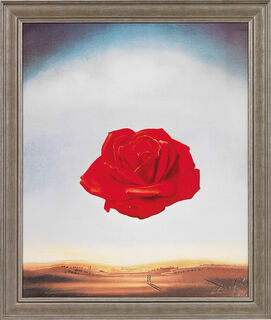 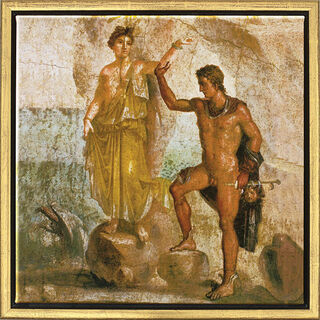 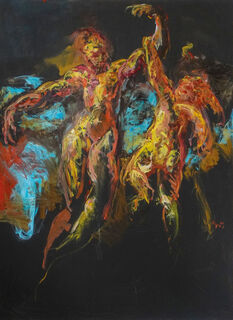 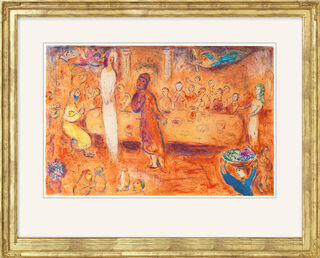 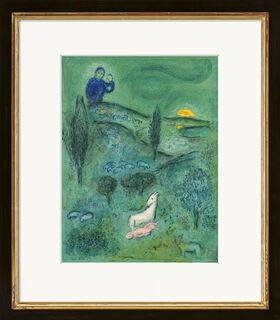 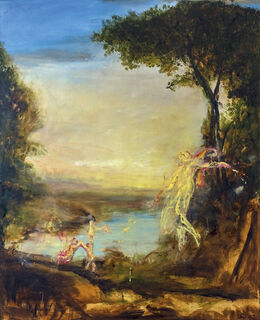 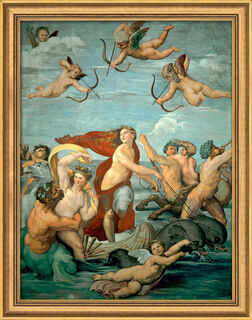 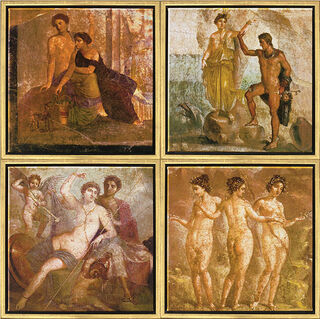 Mural from Pompeii: Set of 4 pictures 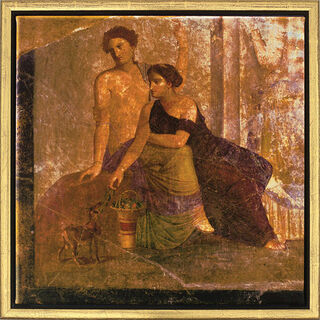 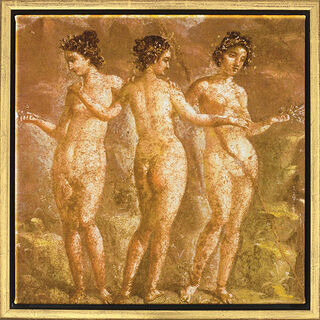 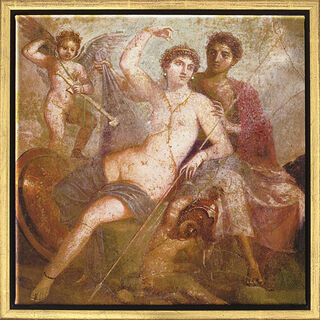 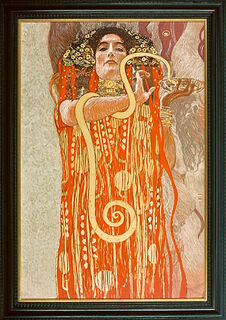 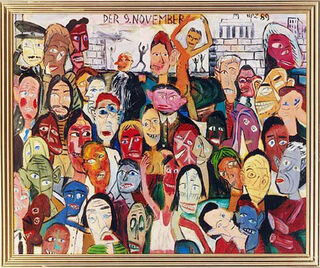 History painting is a very traditional genre in the history of art and deals both with true historical events and with motifs from literature, religion, and mythology. All historical paintings focus on one or more significant characters. The pictures that are based on a real historical background usually deal with historical scenes such as battles, wars, triumphal processions, revolutions, or other important political events. Historical figures such as kings, emperors or other dignitaries were immortalised in such paintings. Besides real motifs, history painting includes pictorial themes from mythology, religion, legends, and literature. For example, some scenes from the Old and New Testaments, episodes from famous literary works such as Goethe's "Faust" or Homer's "Odyssey", or portraits of gods from Greek mythology served as motifs for paintings of gods or mythology. Although the name history painting suggests something else, the events shown are usually neither historically accurate nor realistically depicted. Instead, these paintings are the result of an interpretation of the events. The pictures were often supplemented with certain aspects or specially staged and gloss over the events and the personalities. Therefore, history painting is to be distinguished from genre painting, which is a documentary reflection of people's everyday lives.

Mythology Paintings and Historical Scenes Have a Long Tradition

History painting dates back centuries and has been taken up in many epochs. The custom of making mythology paintings, paintings of gods or pictures with historical scenes can be traced back to antiquity. Especially in the epoch from the Renaissance to the 19th century, history painting was one of the most important genres. During this epoch, the history painter was considered an independent and highly respected profession. The artists were usually hired by the nobility and the clergy and were very well paid. But it was not only the full-time history painters who created paintings of gods and historical scenes. Many famous artists from the history of art took up historical or mythological themes from time to time in their works. Among many others, Leonardo da Vinci, Michelangelo, Peter Paul Rubens, Diego Velásquez and Édouard Manet painted historical pictures. Even though the great interest in this genre of painting waned in the 20th century, there were still many painters who created paintings with a historical reference, for example, Gerhard Richter, Pablo Picasso, and Salvador Dalí.

History Painting Does Not Depict Reality

Many historical paintings were commissioned by the nobility or by the church and were usually produced according to their specifications. The paintings of gods or images of kings and rulers were, therefore, not interpretations by the painters or even "objective" images. They were rather designed according to the patrons' ideas, who always pursued a clear intention with the works. For example, a particularly favourable depiction was intended to glorify a person or enhance his or her reputation. Important moments in history could be embellished or transfigured with the help of painting, for example, to legitimise an authority such as a state or a deity. In this way, paintings of gods or pictures of historical events underlined the truth of stories, myths, and legends. Up until the 19th century, many people were unable to distinguish between fiction and reality in a mythological painting or a scene from history because of the low level of education and the lack of alternative sources of information. Thus, the detailed and sometimes very realistic depictions from historical paintings appeared to most people to be true.

You can buy paintings featuring motifs of history, religion, and mythology at ars mundi. We offer works by artists from various epochs who have taken up this genre. Marc Chagall, for example, created a multi-part series with scenes from Homer's "Odyssey". Gustav Klimt, too, took a figure from mythology as his model with "Hygieia". In the 20th century, many artists devoted themselves to this genre, for example, HP Zimmer, who took on a truly historical moment with the picture "The 9th of November 89". When you buy mythology pictures, paintings of gods or a history picture at ars mundi, you can bring a little piece of contemporary history into your home.