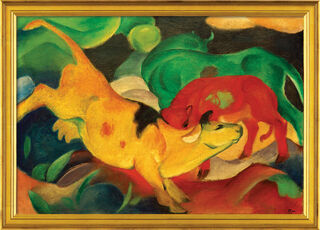 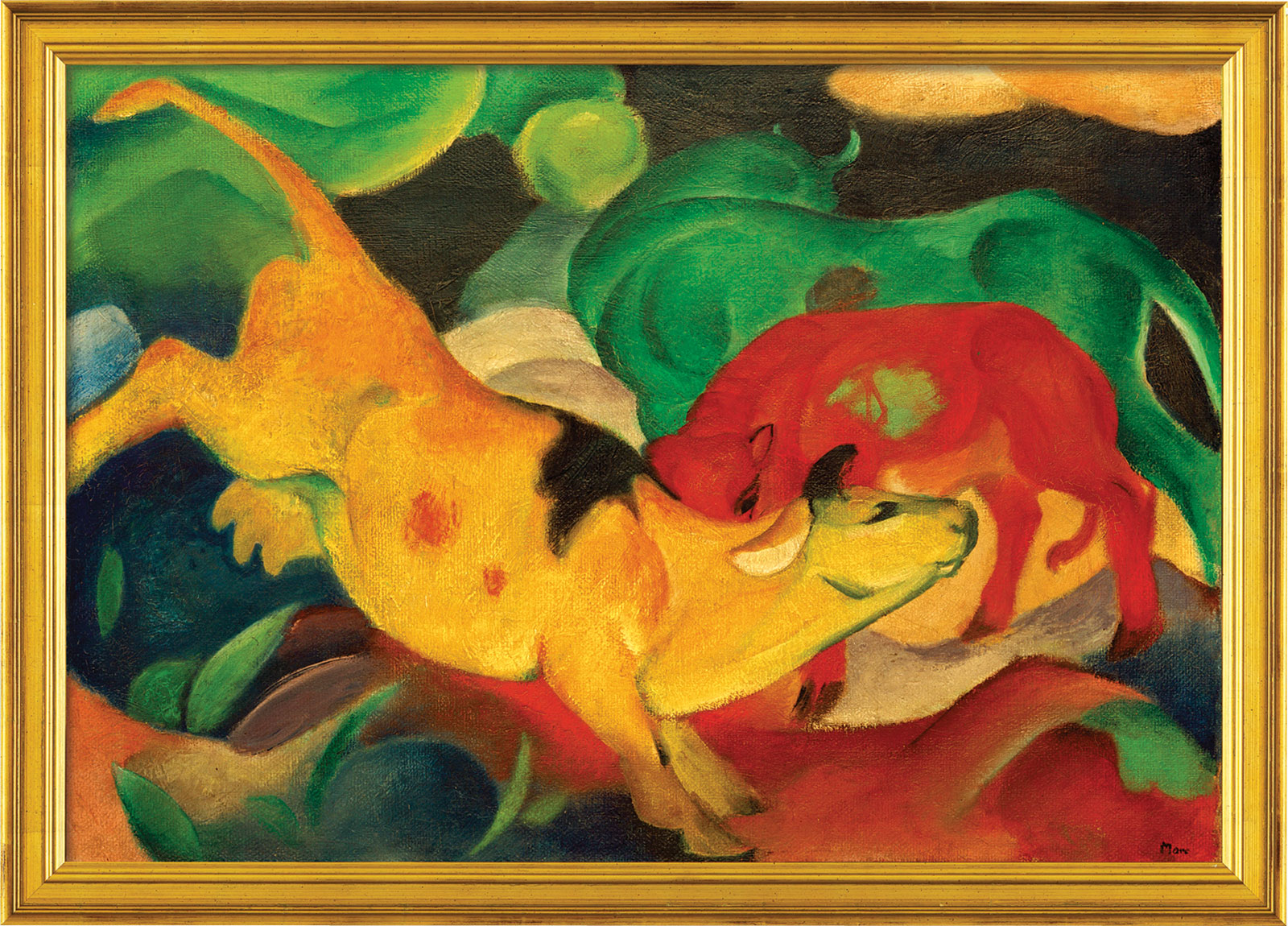 Franz Marc (1880-1916) is one of the formative figures of Expressionism in Germany. Animals were always among his preferred motifs. He placed more emphasis on capturing their essence in the picture than on depicting them realistically. He, therefore, painted cow, calf and bull here in the primary colours yellow, red and green. Like the ancient Egyptians, Marc considered the colour yellow to represent the feminine, the "gentle, cheerful, sensual". Green as a symbiosis of yellow and blue creates growth and wisdom.
Original: 1912, oil on canvas, Munich, Städtische Galerie im Lenbachhaus. 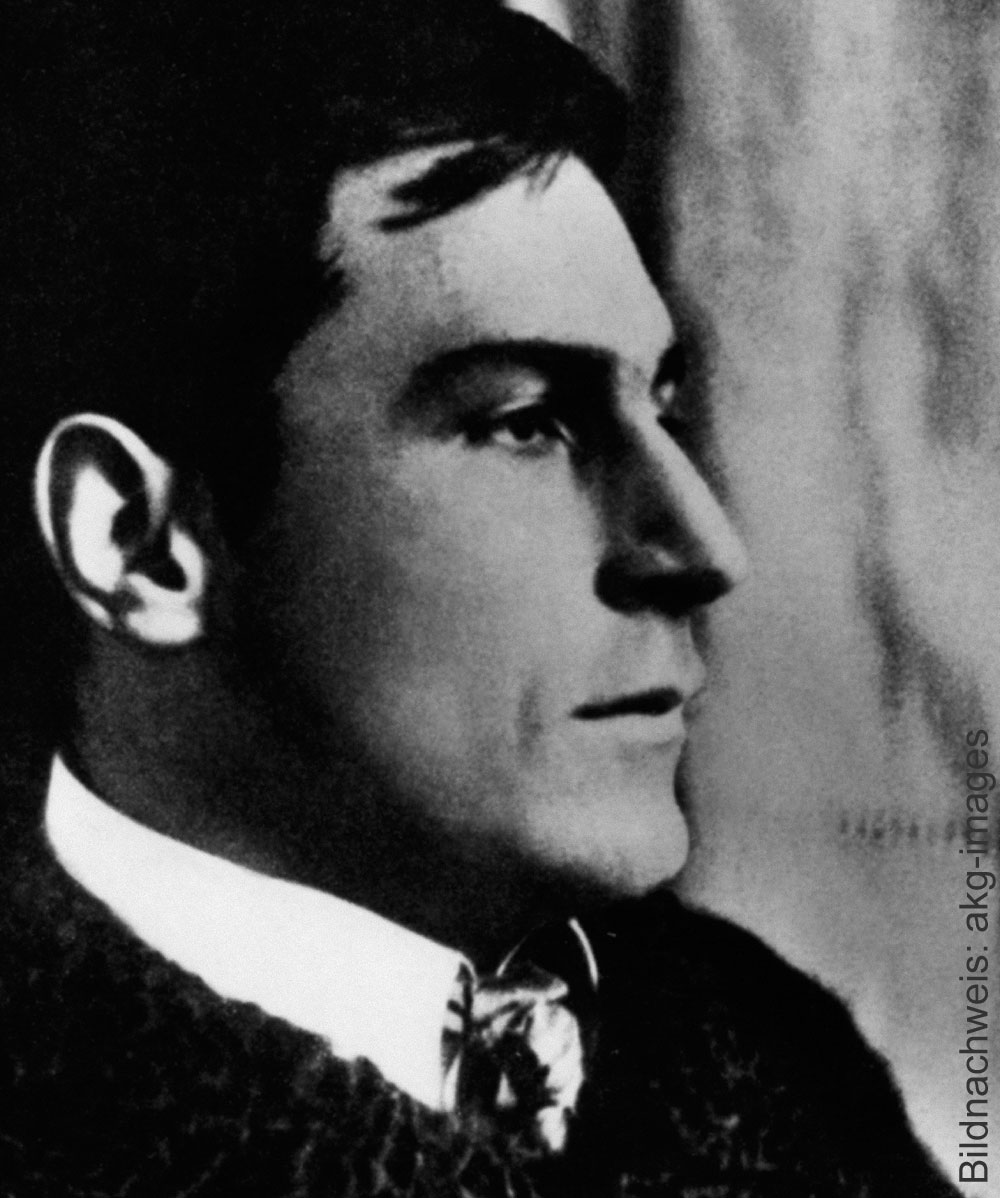 Franz Marc's unique talent was recognised and encouraged at the Munich Academy. On several trips to Paris, he discovered the works of van Gogh for the first time, which made a significant impression on him and helped him to develop an independent artistic language. Through his friend August Macke, he met Wassily Kandinsky, Gabriele Münter and Alfred Kubin, with whom he founded the Expressionist artists' association "Der Blaue Reiter" in 1911. At the outbreak of World War I, Marc was drafted into military service and died two years later in the Battle of Verdun.

Marc examined Naturalism, Art Nouveau and French Impressionism, but sought a new language of expression in order to be able to depict "the spiritual essence of things". With unprecedented consistency, he approached a new form of art in which colours acquired a symbolic meaning far beyond naturalistic representation: "Every colour must clearly say who and what it is, and must be set on clear shapes", Marc explained. For him, blue is the colour of the spiritual, red is love, passion and vulnerability, yellow is the sun and femininity.

Animal, in particular, were the focus of his painting, as they, in contrast to people, symbolised originality and purity to him. Just like Kandinsky, he sought the renewal of the spiritual in art.

Select your cookie settings
We use cookies and similar tools to enhance your shopping experience, provide our services, understand how customers use our services so we can make improvements, and display ads. Approved third parties also use these tools in connection with our display of ads. For more information about cookies and how we use them, please click "Configure settings". There you can also manage your cookie preferences.
Currency calculator
Price in EUR
€348.00
Exchange rate:
Stand:
The service is currently unavailable.